Bergman, Ai Weiwei and Zafranović in the Focus of Biography Dox!

A Brief Guide to the 10th ZagrebDox Programme Sections

'The Act of Killing' is the Best European Documentary

SUBMIT YOUR FILMS TO ZAGREBDOX 2014

THE ACT OF KILLING IN EUROPA CINEMA LISTING

'The Act of Killing' is the Best European Documentary

The winner of the Movies That Matter Award at the 9th edition of ZagrebDox, ''The Act of Killing'' directed by Joshua Oppenheimer, won the European Film Award in the best documentary film category. 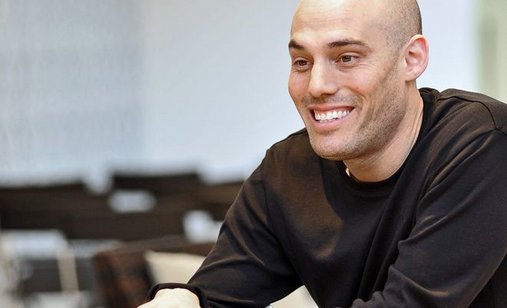 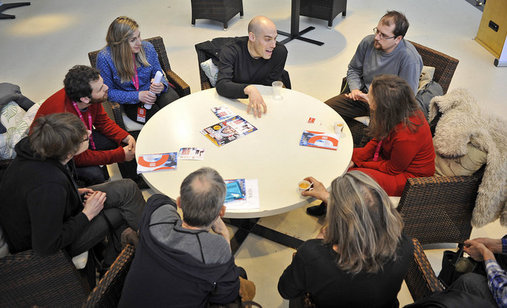 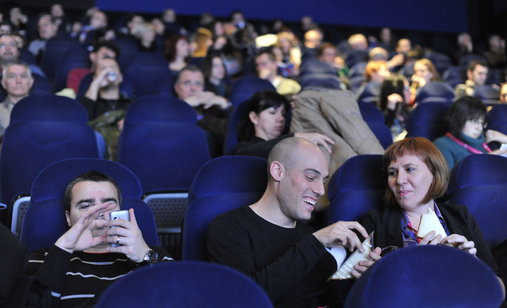 One of the winners of the 9th ZagrebDox, the documentary film The Act of Killing, directed by Joshua Oppenheimer, won the award for this year’s best documentary at the 26th European Film Award ceremony, which took place in Berlin on 7 December 2013.

European Film Awards every year honour the greatest achievements in European cinema in 21 categories. 2900 members of the European Film Academy, including some of the most renowned European film directors, producers, screenwriters, cinematographers and actors, vote on the winners. The short list of the European Film Award in the documentary film category included Stop-Over / L’escale (Switzerland, France) directed by Kaveh Bakhtiari, and The Missing Picture / L’image manquante (Cambodia, France) directed by Rithy Panh. The list of all the award-winning films is available here.

At last year’s ZagrebDox The Act of Killing won the Movies That Matter Award, presented to a film which best promotes human rights to the opinion of the jury. ZagrebDox was one of the first few festivals which showed it.

The 9th ZagrebDox Movies That Matter jury saw The Act of Killing as a bitter, disturbing and provocative film which possesses a powerful potential for launching a battle against crimes and traumas of the past. The jury’s entire explanation and Joshua Oppenheimer’s message can be found on this link.