Along the premiere of the documentary film about the last year in the life of Dolores Lambaša by Silvana Menđušić, watch award-winning films from the International Competition "Blackfish", "Song from the Forest", and "The Expedition to the End of the World" at ZagrebDox today. 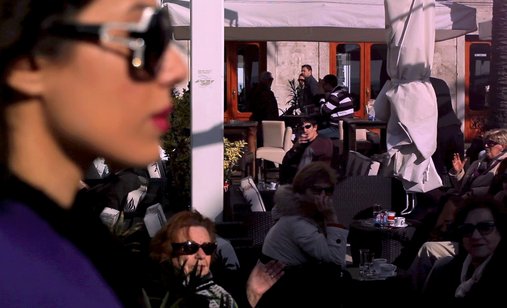 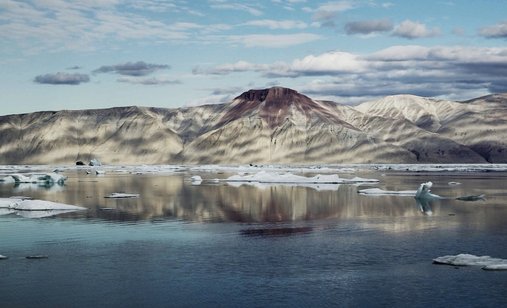 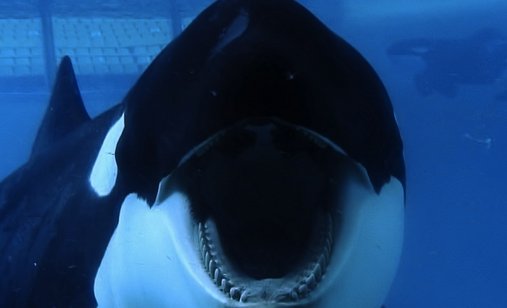 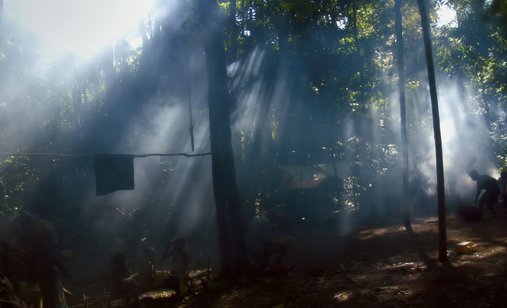 The second half of the 10th ZagrebDox unveils another slate of interesting documentaries from around the globe. Coming from Italy, along with three members of the film crew, is Roots and Wings, one of six feature documentaries for teenagers in the Teen Dox program. Roots and Wings is a film about a father and daughter that live thousands of kilometres apart, in two completely opposite worlds – Germany and Argentina - and communicate in different languages. The film screens in Theatre 4 at 4 PM, following the screening of the Spanish short Red Carpet, about a girl that comes from a Bombay slum and was one of the main characters in Slumdog Millionaire by Danny Boyle.

The director Manuel Fernández (Red Carpet) and director Lisa Wimmer (Roots and Wings) will hold a Q&A with the audience after the screenings.

Dragan Nikolić, the director of successful documentaries such as The Caviar Connection, National Park and Hot Line brings a story of a Serb called Bata who works at his father in law’s funeral home of called Drnda (engl. Shake) International. The company repatriates the bodies of Serbs that have died abroad or transports tourists whose vacation in Serbia went awry back to their home country. The Undertaker will be screened in the Regional Competition, at 5 PM in Theatre 1.

Blockade, an award-winning film by Igor Bezinović, will be screened at 5 PM in Theatre 2 as part of the Croatian Feature Documentary Retrospective. A Q&A with the director will follow the screening. Blockade is an original portrayal of the most numerous, longest and politically most significant student protest in this region - the blockade of the of the Faculty of Humanities and Social Sciences in April and May of 2009.

The young director Darovan Tušek will introduce his short documentary Love Thy Neighbour (premiere at 6PM, Theatre 4). It is a documentary portrait of a 51-year-old man who lives near Sinj in the Dalmatian hinterland. Immediately following this screening is another of those titles that will bring a smile to the audience's face – a Polish film Everything is Possible, a story about Teresa Bancewicz, a woman of an incredible biography - an 80-year-old traveller and hitchhiker.

All those who have missed Happily Ever After, the film that opened the 10th ZagrebDox, will have a chance to see it today at 7 PM in Theatre 1. Author Tatjana Božić will attend the screening, sharing the details of her search for a perfect love affair with the audience. A screening of the five most successful works that have applied for the Phone Dox competition (short documentaries filmed with a cell phone) will follow. Each in their own way, they pay homage to the documentary genre and join in on the 10th anniversary celebration of the ZagrebDox festival.

Another interesting local premiere will take place at 8 PM in Theatre 4 – a documentary debut The Cover Story by well-known journalist Silvana Menđuđić about the final year in the life of actress Dolores Lambaša and her intense relationship with the media.

The end of the day will bring a few titles competing for the Big Stamp Award in the International Competition. Blackfish, a story about a performing killer whale that killed several people while in captivity, will screen at 9 PM at theatre 1. Through a series of shocking footage and interviews, director and producer Gabriela Cowperthwaite explores the creature's extraordinary nature, the species’ cruel treatment in captivity, the lives and losses of the trainers, and the pressures brought to bear by the multi-billion dollar sea-park industry.

The German documentary Song From the Forest by author Michael Obert features an American Louis Sarno who, 25 years after hearing a song on the radio, follows its mysterious melody all the way to the Central African rainforest. He remained there with the Bayaka Pygmies to these days, when he sets off to show his son the world he originally came from. Obert received the Best Feature Documentary Award at IDFA. The film will screen at 9 PM in Theatre 3.

The last film from the International Competition that will screen on Thursday at 10 PM in Theatre 2 is a multiple award-winning Danish-Swedish documentary The Expedition to the End of the Earth by Daniel Dencik, who takes the audience on an epic journey to the end of the Earth – the melting massifs of northeast Greenland. The film is magnificently conceived and executed as a long forgotten childhood dream lived out by grown artists and scientists. You can hear all about it directly from the director immediately after the screening.

Just the Right Amount of Violence by Danish director Jon Bang Carlsen, author of around 30 award-winning films who joined us at the Festival in Zagreb, will be screening at 10 PM in Theatre 4 as part of the ever-intriguing Controversial Dox program. Crafted in the director's signature hybrid style, this film talks about the extreme educational measures undertaken by parents of problematic teenagers in the middle-class suburbs of Los Angeles. Namely, as the last resort for salvation they call on specialists who enter their homes in the midst of night, rip the troubled teenagers out of their beds and transfer them to a correctional facility in Utah against their will.