Today at Kaptol Centre the final pre-festival get-together was organised, hosting Croatian filmmakers. Find out which films you will be seeing soon at the upcoming edition of ZagrebDox. 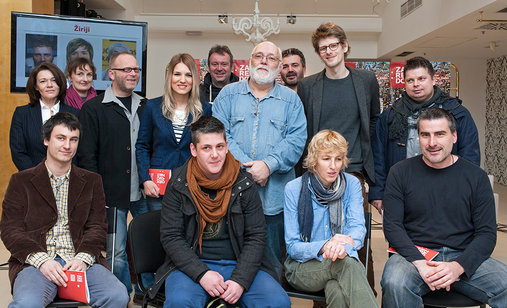 This year, ZagrebDox will screen more than 30 local documentaries. The Dox events will host premieres of 13 Croatian films, six of them in the regional competition: Dear Lastan! by Irena Škorić, Mitch – A Diary of a Schizophrenic by Damir Čučić, Once Again by Ana Opalić and Noah Pintarić, Marko by Silvio Mirošničenko, The Cover Story by Silvana Menđušić and Waiting by Igor Bezinović.

The Factumentaries category will have premieres of the films Happily Ever After by Tatjana Božić and Passage for Stella by Ljiljana Šišmanović. The Controversial Dox screens Consumed by Borut Šeparović, the Teen Dox Fight by Tomislav Jelinčić and three films made within the documentary course at the Academy of Dramatic Arts: From Kopertania for Croatian Television by Andrea Buča, A Window to Life by Silvio Mirošničenko, and Ante, We’ll See War Yet by Filip Mojzeš.

The regional competition screens Foreclosure by Neven Hitrec, The 4th Monkey by Hrvoje Mabić, while the Happy Dox section shows Love Thy Neighbour by Darovan Tušek.

Photographs from the Dox get-together can be seen in the gallery.