The international jury chair Damir Čučić is presented at the 10th ZagrebDox with an author's night. His latest film "Mitch - The Diary of a Schizophrenic" has been selected for the regional competition. Diana Nenadić's text provides an insight into the work of this Croatian director and editor. 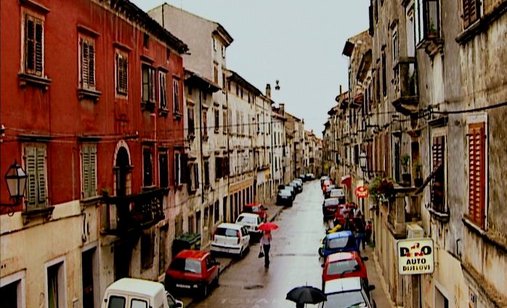 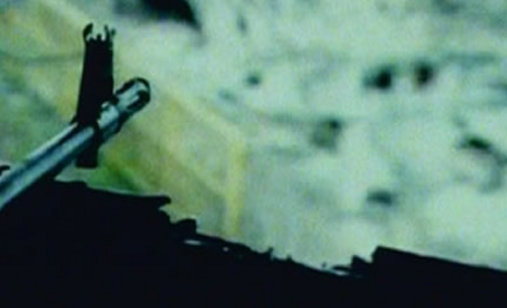 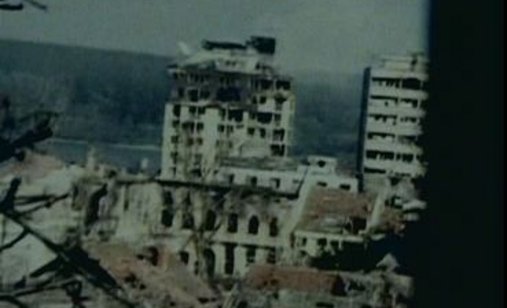 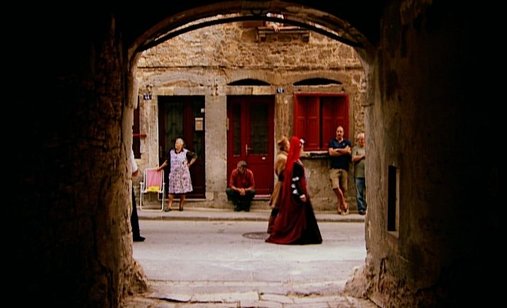 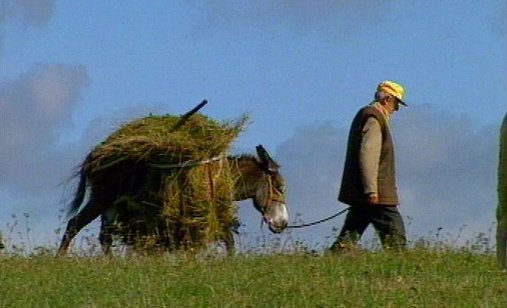 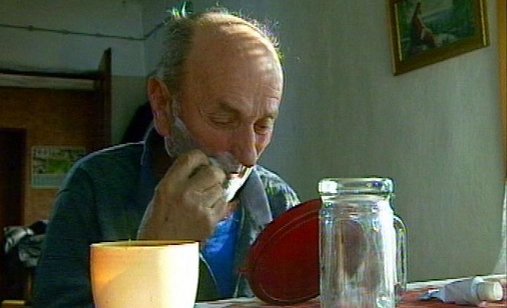 The way Damir Čučić entered the sphere of documentary film some 15 years ago is definitely not unique, but it is quite untypical. It was not an extension of TV journalism, a continuation of academic study about film, or civil sector activism, but a sort of escape from editing, the trade he perfected as a young Croatian Television employee doing practical work for others, which is still what he lives off . Naturally, an editor even as a director can hardly escape editing, it is simply there for him or it interferes in advance with his directorial procedure, so Čučić’s ‘escape’ had a completely different background. Tired of other people’s ‘plaster’, as on television they call something made merely for a wage and not created with elevated motives, already in his TV beginnings, managing in his free time an amateur fi lm club called Enthusia Planck in Samobor, Čučić began challenging the boundaries of film and experimenting. One of his early works, therefore, was as subliminal showdown with the so-called TV ‘offs’, the nightmare of all editors in the pre-digital era, with which in his film Off, fuck off (1999) he conceptually and performatively takes his revenge with an axe.

Even then he proved to be a filmmaker of great passion, liberty and intuition, and these qualities will prevent him from dedicating solely to documentary film, but will drive him to experiment randomly and make a few fiction films, or to freely combine all the tree genres. Čučić is here again untypical, but unusually consistent in his devotion to three film genres: he never neglected one of them if in another he experienced a ‘sudden rise’, and in all of them he garnered equal success. His experiments travelled to Pompidou in Paris, Rotterdam and Clermont-Ferrand, his fiction debut won the Pula Film Festival Grand Prix, as many as three documentaries participated in various IDFA programmes, and that alone is a recognition equal to an award. The films that did not get there received awards in their home country. And speaking of these less important things, it is worth mentioning that local and international reception of his documentaries never coincided, which points to something very relevant: the fact that Čučić is not a filmmaker of one given documentary type.

Remembering his docu-graphy, we can easily divide his body of work into films pertaining to human destinies or ‘creatures from the pictures’ and those which, sometimes metaphorically or allegorically, speak about social, demographic and other phenomena of our space and time, even though more abstract subjects do not necessarily exclude concrete manifestations and vice versa. Films from the former group are more ‘classic’ in nature, closer to TV standards, conventions and expectation, and those from the latter group are more ‘alternative’, experimental, in fact para-documentary, because they stretch their gaze beyond the phenomenon they deal with, beyond the very borders of film genre they officially belong to. But even when we speak about the ‘conventionality’ of some of Čučić’s (mainly TV) films, this description should not be taken at face value; they should be judged in the total context of HRT’s production at the time of their making, and we can truly tell that they did manage to be different.

The first in the series, Fourth Shift from 1999, despite the so-called ‘sandwichstructure’ typical of TV production, leaves the documentary horizon of the state-governed sight of the time and shifts the focus from sometimes tacky and pathetic mourning of Homeland War victims to compassionate experiences and ideas of five 50-year-olds who were laid off because of criminal
transitional privatisation. Thanks to a careful dramaturgical strategy and tactful directorial approach, this is not only a film about their atrocious destinies and a way of conquering misfortunes, but also a silent judgment of the society they live in. Similarly, in Sea Above Split, made that same year, a documentary tale about a city which at that time was unpleasantly dubbed ‘the devil’s island’, with his choice of interlocutors from various layers of urban life and their individual projections, Čučić manages to demystify assumptions about Split, to balance ‘pink’ and ‘black’ stereotypes which the media often single-handedly and in a sensationalist and emphatic maker feeds, and to find sparks of optimism in a ‘decadent’ environment. This film also marks the beginning of Čučić’s collaboration with Split-based cinematographer and film alternative Boris Poljak, which will have a defining impact on the structure and appearance of his future independently produced films.

Creatures from the Pictures is the first such project dedicated to the subject Čučić managed to avoid on TV – the exile of Vukovar people. However, even this war memento defies standards. From a sea of people with similar destinies Čučić draws the character of a young veteran, refugee, musician and family man, whose ‘new life’ on the island of Murter is haunted by Vukovar’s ‘creatures from the pictures’. Ennobled by his candid playfulness before the camera, permanent exchange of evocative ambiences in a resonant ‘stroll’ through three cities, as well as by cinematographic records that give a special tone and depth to each scene, this film earned Čučić his first Oktavijan Award at the Days of Croatian Film. The success of this indie pic did not completely detach Čučić from authorship in HRT’s documentary programme. In addition to documentary shows, he continued to make radio dramas and of course to edit other directors’ and journalists’ films, but he rather spent the gist of his creative energy outside his employer’s office. That is how he could do his own thing, freely adapt the method to the subject he was processing, change the entire concept if needed, even genre, and still experiment unhindered.

Free Space (2001), again in collaboration with Poljak, is a result of this new and relaxed situation, even though the film deals with a particularly delicate topic of ‘humane relocation’ after the Homeland War and allocating abandoned houses belonging to Serbian nationals to Croatian refugees from Bosnia and Herzegovina. The film focuses on snake’s nests found in one of the ‘free’ residences, which makes it a spooky and haunted place and inspires comments in the wake of the old Croatian saying ‘stolen – damned’. Čučić’s film, however, avoids words and speaks in eerie scenes of threatening reptiles and Biblical symbolism of crawling ‘protagonists’ to open free space for challenging the ethics of the society we live in. It was also his first film supported by the Dutch Jan Vrijman Fund (today IDFA Fund) and his first appearance at IDFA. A belief in the power of image and persistence of observation, as well as consequential reduction of directorial procedures, will prove to be his pivotal means in non-standard and meditative documentaries to come.

With The Forgotten (2002) he ‘pays back’ the debt to ancient Arcadian homeland on the hills and slopes of Žumberak, showing a peaceful but rough life of the last inhabitants of a remote village. Even here Čučić adapts to the subject matter, following the changing seasons and slow lifestyle, making room for contemplation. A similar thing happens in La strada (2004), an observational documentary that shows select pieces of everyday life through the unusually long high street of the Istrian town of Vodnjan, a home to multiethnic population. Again Čučić’s dramaturgy obeys the rhythms of life, trying to catch as many colourful characters, bizarre events, urban noises and colours as possible, which gives this film a touch of veristic escapism.

Until the author’s next contact with historical reality and real life worth documenting (Colours of the Invisible, 2008, Anxiety, 2010), several years will pass and Čučić will return to intense experimenting, toying with computer animation and abstract image. In this new ‘escape’, now in the opposite direction – from ‘creatures from the pictures’ to the dark room and digital colouring box, the playful director nevertheless made a ‘living’ historical material: amateur footage of war-torn Vukovar similar to hundreds of similar ones we could see on TV, but with one detail that sparked the director’s intuition. Running from the town under fire, the unknown cinematographer of found footage forgot to turn off the camera; Čučić, in turn, made from his uncontrolled records an apocalyptic sculpture of living images called City Killer (2007). Films like these, which subject documentary records to structural and other manipulations are called hybrids by ones and para-documentaries by others. No matter how we call them, it seems they might be the next free space where the editor and experimenter might socialise more often with the documentarian in Damir Čučić’s shoes.

The films from the section Author’s Night – Damir Čučić are scheduled for Monday, 24 February at 6pm, theatre 2.