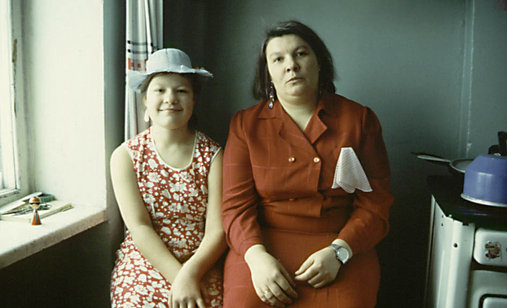 +
The starting point of this film is rather bizarre. For an entire year, Victor Kossakovsky searched for inhabitants of St. Petersburg who were born on Wednesday, July 19, 1961, his own birthday, in former Leningrad.

His quest, which grew more and more obsessive along the way, garnered some significant results: 51 women and 50 men fit the profile. Over the course of time, a few of these 101 people had died, while others had moved to another city or abroad. But in 1995, Kossakovsky managed to capture all 70 remaining residents on film, in the street, at work or simply at home. In his unorthodox style, Kossakovsky has produced a beautiful portrait of thirtysomethings in St. Petersburg.

Victor Kossakovsky is a Russian documentary filmmaker, born 1961 in Leningrad. In 1978 he began working at the Leningrad Studio for Documentary Film as an assistant DoP, assistant director and editor. In 1988 he finished the College for Film Writers and Directors in Moscow. In many of his films, Kossakovsky plays the role of editor, cinematographer, writer and director. He started his own film production company in St. Petersburg, Kossakovsky Film Production, with the objective of creating a cinema of poetry and reality. ZagrebDox screened a retrospective of his films in 2013. Filmography: ¡Vivan las Antipodas! (2011), Svyato (2005), Hush! (2003), Russia from My Window (2003), I Loved You… (Three Romances) (2000), Pavel and Lyalya (1999), Wednesday 19.07.1961 (1997), Belovy (1994), The Other Day (1991).