One of the award-winning films of the 9th ZagrebDox, ''The Act of Killing'' by Joshua Oppenheimer, is available from 14th June in Zagreb’s EUROPA cinema. 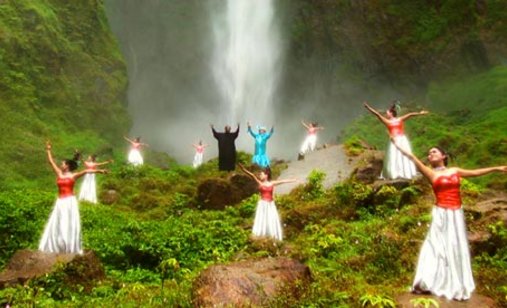 The Act of Killing is a nightmarish vision - a journey into the memories and imaginations of the unrepentant perpetrators and the shockingly banal regime of corruption and impunity they inhabit. When the government of Indonesia was overthrown by the military in 1965, Anwar and his friends were promoted from small-time gangsters who sold movie theatre tickets on the black market to death squad leaders. They helped the army kill more than one million alleged communists, ethnic Chinese, and intellectuals in less than a year. In The Act of Killing, Anwar and his friends agree to tell us the story of the killings. But their idea of being in a movie is not to provide testimony for a documentary: they want to be stars in their favourite film genres – gangster, western, musical. They write the scripts. They play themselves. And they play their victims.

Werner Herzog, besides Errol Moris one of this film’s executive producers, said how in the last ten years he had not seen such a powerful, surreal and frightening film, while Dušan Makavejev described The Act of Killing as an absolute and unique masterpiece.