9th ZagrebDox opens with the world premiere of Gangster of Love!

On Wednesday, 27 February at 11am, theatre 1, don’t miss the film 'Side by Side' directed by Chris Kenneally, a real treat for film professionals, but also all devotees of the Seventh Art interested in whether digital film recording procedure will fully replace the traditional photochemical one. 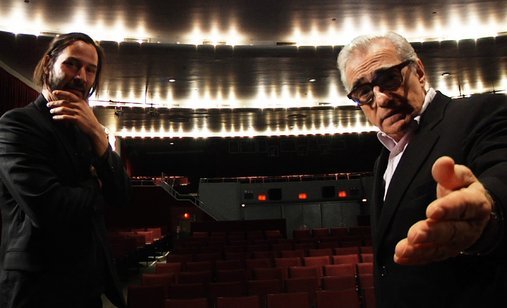 For almost a hundred years there was only one way of making films: with the use of film tape. However, in the last couple of decades the digital procedure emerged and put photochemical filming to a test. According to many, the wide use of the digital procedure is the most significant change for the development of film after the occurrence of sound film. Despite that, very little has been said about what this really means for filmmakers, as well as if digital recording can in fact reach the quality of image and texture offered by the film tape.

Keanu Reeves interviews directors, cinematographers, film students, producers, technologies, editors, and exhibitors, as Side by Side examines all aspects of filmmaking. Reeves explores the development of cinema and the impact of digital filmmaking via in-depth interviews with Hollywood masters, such as James Cameron, David Fincher, David Lynch, Martin Scorsese, Steven Soderbergh, Lars von Trier and many more. At this moment when digital and photochemical filmmaking coexist, Side by Side explores what has been gained, what is lost, and what the future might bring.

The film Side by Side is presented by SONY, and can be seen on Wednesday, 11am, theatre 1.

The admission to the screening is free.