Krsto Papić, a renowned Croatian film director and writer, passed away in Zagreb at the age of 80, from a long illness. 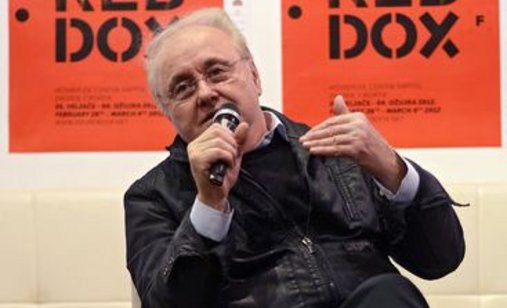 Krsto Papić was born 1933 in Vučedol, Montenegro. In the late 1960s and early 1970s he made his crucial works, taking place in the rocky landscapes of Dalmatian hinterland, Handcuffs and Acting Hamlet in the Village of Mrdusa Donja.

He first made a name for himself as a documentarian in the 1960s (When My Knife Strikes You). In 1967 he directed this first feature film Illusion, a melodrama about a conflict of generations. His first full success was Handcuffs (1969). Critically acclaimed films ensued: Acting Hamlet in the Village of Mrdusa Donja (1973), the first Croatian horror film Izbavitelj (and his 2003 sequel Infection), Tajna Nikole Tesle (1980), My Uncle's Legacy (1988), Story from Croatia (1992) and When the Dead Start Singing (1997). He also made documentary films Nek se čuje i naš glas (1971), The Special Trains (1972) and A Little Village Performance (1971). His latest film Flower Square won an award at the 36th Montreal Film Festival.

Krsto Papić’s work mainly focuses on the relationship between an individual and the social circumstances that shape him, which makes his work one of the most involved in Croatian cinema. His documentary practice, clearly defined by authentic people and phenomena of the space he lived in, went easily beyond cultural and linguistic barriers and became an invaluable asset of European and global cinema.

ZagrebDox was proud to collaborate with Krsto Papić on several occasions. During the first festival edition, in 2005, Papić chaired the ZagrebDox jury. A retrospective screening was dedicated to his that same year, while last year’s ZagrebDox presented a DVD with a selection of his documentary films.