The documentary film ''Elena'' by young Brazilian filmmaker and actress Petra Costa is an intimate and touching cinematic mosaic about the director’s search for her older sister. 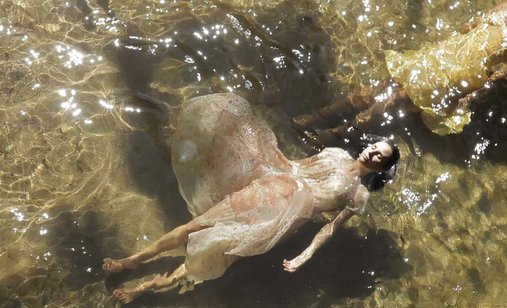 When Petra Costa was only seven, her sister Elena went to New York to become an actress. Twenty years later, Petra is also an actress and goes to New York to look for Elena. The only thing she has about her are tiny bits: home videos, newspaper clippings, her journal and letter. Petra hopes that any minute now she might run into Elena walking down the street in her silk blouse... TRAILER

Before Elena, Petra Costa directed and produced a short film about her grandparents’ sixty-year-old love story Undertow Eyes, which competed and was screened at dozen international festivals, and won awards at nine of them. Undertow Eyes is available on Petra Costa’s Vimeo channel.

A short interview in which this young Brazilian artists reveals her role models available here.