On ZagrebDox’s Youtube channel check out video messages sent by the filmmakers who were not able to collect the awards in person – Josh Gibson, Helena Třeštiková, Marcel Barrena, Bart Layton, Andrew Hinton and Pawel Ziemilski. 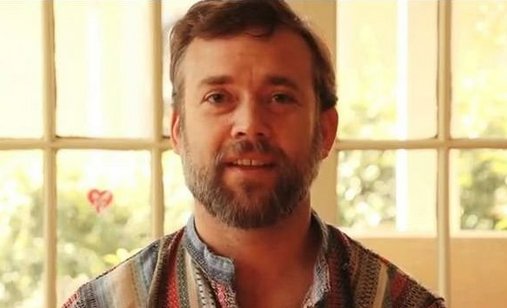 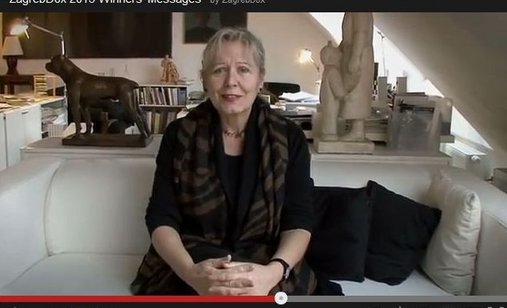 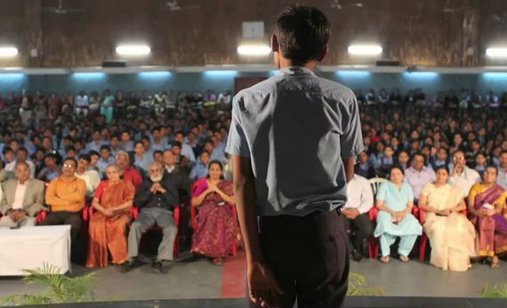 Josh Gibson, the author of Kudzu Vine that won ZagrebDox’s Big Stamp, addressed the audience from Durham, North Carolina: When I first heard that Kudzu Vine was selected for ZagrebDox competition, I checked out all other competition entries. They were the films from around the world, directed and made by people I have long kept track of and respected. I couldn’t understand why a small film about a plant was even among them. And when I heard that my film won the main award, I was stunned. I’m incredibly happy and thankful for this award. I should also thank the protagonist of my documentary – kudzu vine. Josh Gibson’s entire message is available here.

Another filmmaker to send a video message was Bart Layton, the director of the thrilling documentary mystery The Imposter, which won the jury’s special mention in the international competition. Layton apologised for not being able to accept the award in person and thanked the audience and ZagrebDox organisers for their support.

A video hello by Pawel Ziemilski and the crew of Rogalik, the winner of young jury’s special mention, is available here.

Marcel Barrena, the director of Little World, the best Teen Dox film, apologised on his behalf and on behalf of Albert, the film protagonist for not being in Zagreb to receive the award and pointed out that this award is particularly important since it comes from young people, future film aficionados and the intended recipients of Albert’s message. Barrena also thanked the team and ZagrebDox management for the hospitality and promised to give the award a place of honour in his office. Marcel Barrena’s message can be viewed here.

Andrew Hinton, the director of Amar (all great achievements require time), the winner of Teen Dox special mention, addressed Zagreb’s audience from New York with the following words: I am really happy to receive this special mention and really sorry for not being there with you. However, I believe you’d be more interested in meeting the real star of the film – the boy Amar. This is a photo taken in his school at a special screening of the film. it was a really important moment for both of us. Andrew Hinton’s video message is available here.

Joshua Oppenheimer, the director of the fascinating documentary The Act of Killing that won the Movies That Matter Award at this year's ZagrebDox addressed the Festival and its audience in a letter from Copenhagen. The letter can be found on the right side of this text.

Helena Třeštiková, who won the My Generation Award, said: I’m very grateful for this award. My special thanks goes to the director of ZagrebDox Nenad Puhovski for choosing my documentary among all others. I share this award with my film crew and all the people who collaborated on 'Private Universe'. Helena Třeštiková’s video message.