On Friday at 11pm, theatre 1, check out another screening of 'Mansome' by Morgan Spurlock. On Saturday at 11pm, theatres 1 and 3, the impressive environmental doc 'Chasing Ice' by Jeff Orlowski and 'Queen of Versailles' by Lauren Greenfield are scheduled. 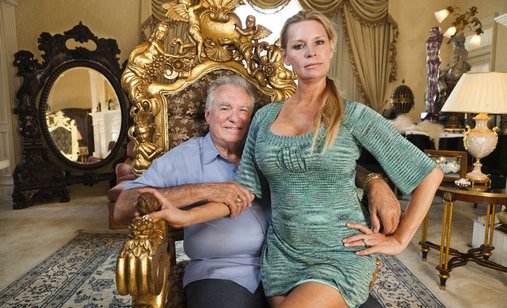 On Friday, 1 March, at 11pm, theatre 1, enjoy the additional screening of Mansome, the hilarious view on the world of man and male beautification from the workshop of director Morgan Spurlock and executive producers Will Arnett, Jason Bateman and Ben Silverman.

Saturday, 2 March, at 11pm, theatre 1, check out the film Chasing Ice by Jeff Orlowski, in which the renowned landscape photographer James Balog mounts speed cameras to register a multi-annual record of changes in icebergs.

On Saturday, 2 March, 11pm, theatre 3, we will once more screen Queen of Versailles by Lauren Greenfield, the story about Jackie Siegel, the spendthrift wife of billionaire and self-proclaimed real-estate king David Siegel. Through their story we witness a crush of a business empire on the peak of 2008 financial crisis.