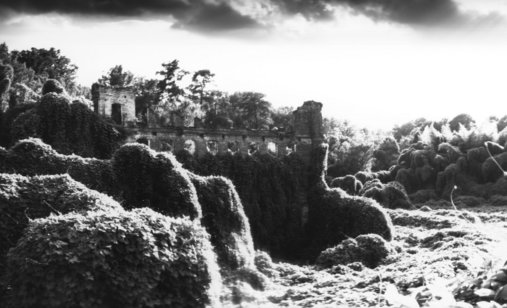 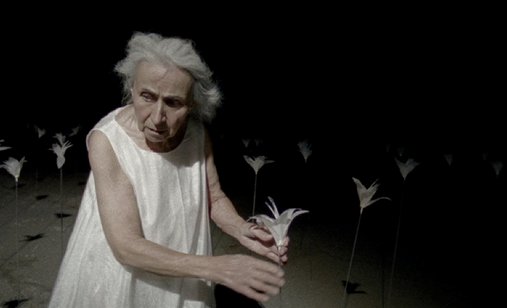 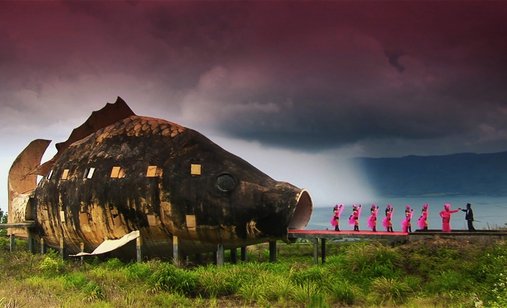 Juries of the 9th ZagrebDox have reached their decisions:

With a train taking us into the world seemingly completely different from our own, Gibson draws us in an area covered with kudzu plant, which turns it into a surreal space similar to an old reanimated photograph in a wondrous combination of archaic documentary and experimental film. It is at the same time also an incredibly real world in which people live in coexistence with nature. The surface of this seemingly cataclysmic world hides out need  to take most of what it wants to give us, be it food or art.

Using suspense mechanisms, Layton writes out an impressive essay about the complex nature of human relationships. Chasing an impostor traps us.

Starting from images from her own family’s life, Costa embarks on a refined cathartic journey through her own intimacy. A great film about memories and loss.

Using a careful and refined cinematic language, Tzvetanka takes us through the most intimate moments of the main protagonist’s life. Director’s powerful visual signature and perfectionist approach to every segment of filmmaking lead the viewers to a world in which even distant past has a strong emotional charge. Even though the film is a story about a simple Bulgarian doctor, it conveys a universal message.

The courage of both the director and her protagonists to tell us their intimate story in which viewers directly recognise family issues is the main quality of this film. The director’s task grew difficult: to achieve this or similar amount of emotions and film truth in the films to come...

This is a brazenly intelligent film in terms of subject matter, and visually it demonstrates the qualities of an accomplished filmmaker. This film inspires you to ask for more, to plead the author to make a feature-length film as soon as possible.

It is always difficult for a jury to decide winners when the films are very different in subject, in form and in length. We have tried to overcome this difficulty by favouring the work of young emerging filmmakers who have not received large amounts of recognition, but who have been ambitious and have attempted a real fusion between style and content so that when watching the films we felt "in good hands." We were also trying to find yet undiscovered pearls and by awarding them - make them visible for the wider audience.

Turn off the Lights shows real empathy for its problematic subjects but is clear-eyed about their shortcomings, using entirely appropriate "in your face" technique. The award also goes for honesty and big sensitivity the Author peregrinates the dark world of her Characters.

24 Buckets... is much quieter and more cinematic, as befits the subject, but is knowing and ironic in its treatment of charcoal burners as tourist attractions. It is worth a special metion for cleverly using a cinematic language to show us a hidden world of ones unfulfilled desires.

Rogalik is  ruthlessly constructed but the jury awards it a special mention for its magic and power of poetry that grab the viewer from the first seconds of the film.

Movies that Matter Award goes to The Act of Killing, the film  that is poignant, disturbing and provocative. It has a strong potential for initiating the process of dealing with the past crimes and traumas, and, importantly, exposes the role that cinema plays in shaping societal values which can induce and justify atrocities as well as expose them and call for their critical examination. The jury would like to add that the film raises important moral dilemmas as the filmmaking process  could be also read as empowering for the perpetrators. We recognize The Act of Killing's longlasting impact and potential for social change making it a real movie that matters.

Mama Illegal is addressing an important question of migration and illegality of people intertwined with the issues of poverty, gender relations, and European Union Neighborhood policy.

This inspiring tale about love, family, desire and adventure fascinates and provokes emotions from the very beginning. In a large selection of film we opted for this one mainly because of its protagonist, whose touching story stimulates inspiration, not pity. His cheerfulness and positive attitude make us think and releases us from prejudice. It proves that our shortcomings, big or small, should not prevent us from fulfilling our goals.

An incredible message, mentioned in the very title, is summarised fully and conveyed in this short film. brilliantly executed, this work speaks about the difficult everyday life of a 14-year-old boy, whose simplicity earned him an award, if only a special mention.

The author managed in this documentary miniature to convey contrasts within his own lifestyle. This film also highlights the advantages of cell phone as a new medium for successful instant capture of life moments.

For another great film in her recognizable style of following people’s life stories on long-term basis.