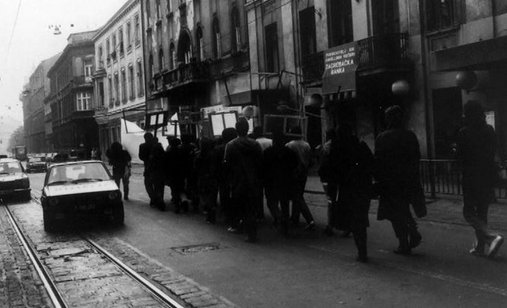 +
The film follows the development of social movements in Croatia since the 1970s to the early 2000s.

The film follows the development of social movements in Croatia since the 1970s (when the first hints of feminist movement can be traced) to the green and human-rights movements of the 1980s and the peace movement at the beginning of war to the early 2000s, keeping in mind the social and political changes: the disintegration of Yugoslavia, war and transition period, privatization and authoritarian regime, democratization and the 1999 elections. The film contains subjective stories of the movements' protagonists who led, organized or participated in numerous actions and in launching and development of social movements in Croatia.