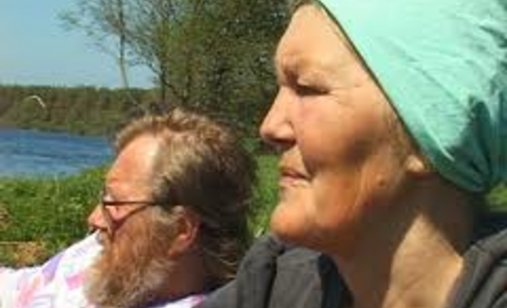 +
An unusual couple lives in a suburb of the city. Little quarrels give the color to their everyday life...

An unusual couple lives in a suburb of the city. Little quarrels give the color to their everyday life and would never grow into a big conflict. Continuous tension between them helps Vladimir to make art and gives Natalia the direction of life.

Kersti Uibo has worked as a camera-woman and soundperson for BBC documentaries but decided to become an independent filmmaker in order to experiment with her own meditative film style. Her first documentary films 'Diva in the Bath' (1992) and 'Evald’s Acre' (1994) made as a student of the National Film School, UK, were shown at the Museum of Modern Art in New York. The film 'Narrow is the Gate' (2002) won numerous intenational film awards, in 2006 Uibo made award winning 'Still Life With Wife'. She has given masterclasses in Parnu (Estonia), Ljubljana (Slovenia), London (Central St Martin’s College of Art and Design), in Cologne (Internationale Filmschule) and she is a visiting lecturer at the Baltic Film School in Tallinn and International Filmschool (IFS) in Cologne. She is writing articles and film reviews for film and art magazines.