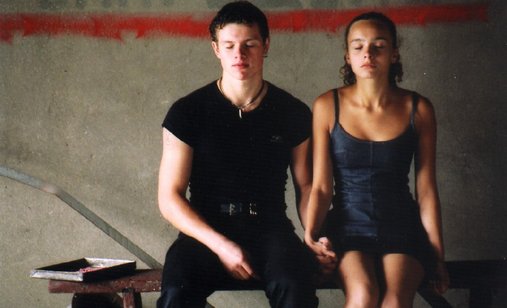 Emotional and stylistically consistent documentary musical depicting the staging of Bernstein’s 'West Side Story' with deaf youths. The dramatic material of this film is intertwined among life and the emotional scenes of the musical; it creates a distinctive choreography, which is a statement of the deaf people’s craving to love this world and to be open. Reciting to music, which is the way of singing of the deaf, is the strongest and most unexpected witness of the realities of their world.

Viesturs Kairiss was born in 1971 in Riga. In 1997, he graduated from the Latvian Academy of Culture as a cinema and theatre director. The same year became a stipendiary of Latvia Creative Fund and founded ‘The Union of Unbearable Theatre'. In 1998, as a stipendiary of Latvia Ministry of Culture, became a member of the Paris International Artist’s City. Since 2000 he is the deputy artistic director of the New Riga Theatre. Since 1998 he is a member of Filmmakers Union of Latvia. He has directed several plays, two operas and several films. In 1999, he was awarded the title of the Best Latvian Theater Director. In 2003, he founded his own independent theater company United Intimacy. His films won many prizes and nominations at various international film festivals.