A TRIP (FROM THE ‘LIVING IN IMOTSKI’ TRIPTYCH) 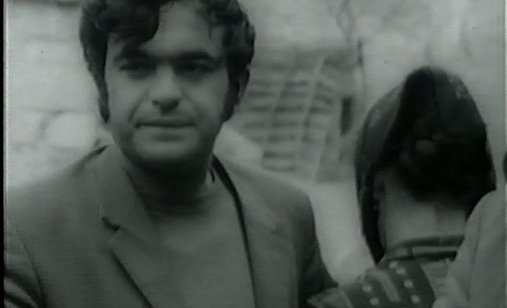 +
The film crew set out for the village of Lažete near Imotski in order to film the building of a local road ...

The film crew set out for the village of Lažete near Imotski in order to film the building of a local road that will better connect this passive area with the town and the rest of the country. The shooting started when one of the local people working abroad was saying goodbye to his family and was about to go back to Germany.

Tomislav Radić is one of the best known Croatian film, TV and stage directors. Born in Zagreb in 1940, he obtained his degree in Comparative Literature and History of Art at the Zagreb Faculty of Humanities and Social Sciences and in Directing and the Zagreb Academy of Dramatic Arts. He directed dozens of theatrical performances, including – in particular – Raymond Queneau’s Exercises in Style (1968), which made it into the Guinness Book of Records as the longest-lasting theatrical production with unchanged cast. For Croatian television he made more than forty documentary programs and numerous TV dramas, mostly adaptations of classics (such as ‘Resting Room’, based upon Miroslav Krleža’s ‘Adam and Eve’). Radić attracted the attention of audience and critics with his feature-length debut ‘Plain Truth’ – a combination of documentary and feature film about an unemployed Zagreb actress, following the poetics of Jean-Luc Godard. Božidarka Freit won Golden Arena as Best Leading Actress. Radić then made his second film, ‘Timon’. His next feature film – the drama ‘Luka’ – followed not sooner than in 1991. Then came ‘My Dear Angel’ (1995), ‘Holding’ (2001) and the acclaimed ‘What Iva Recorded on October 21, 2003’ that won him Big Golden Arena for Best Film, Golden Arena for Best Director and Oktavijan Critics’ Award at Pula Film Festival and FIPRESCI Award at Ljubljana Film Festival. ‘Three Stories about Sleeplessness’ – a drama about three intertwined life stories whose protagonists have to face loneliness and disappointment – was made in 2008. His 2011 fiction film ‘Kotlovina’ was made in his characteristic documentary style. ‘Kotlovina’ won Big Golden Arena for Best Film and Golden Arenas for Best Script, Best Lead Actor, Best Lead Actress, Best Supporting Role and Best Sound and Oktavijan Critics’ Award for Best Film. At the last year’s 5th Vukovar Film Festival, ‘Kotlovina’ won Best Film Award, Critics’ and Audience Choice. With his ‘Kotlovina’, Radić completed his trilogy about family relations and Croatian society that had started with his earlier successes: ‘What Iva Recorded on October 21, 2003’ and ‘Three Stories about Sleeplessness’.