YUGO from Aleksandar Pavlovic on Vimeo. 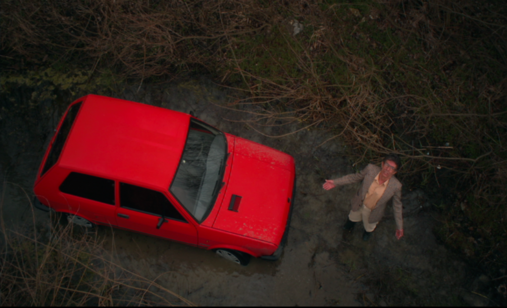 ‘Yugo, A Short Autobiography’ is a half-hour feature documentary film that, through the fates of different people, tries to illuminate the phenomenon of the Yugo car, a cute outsider of small capacities but big ambitions, in the period between 1980 and 2008, when it was manufactured. The film combines statements from authentic workers that were involved in the production of Yugo, archives, along with the reconstruction of diff erent fragments from the Yugo’s history which portray him both as a family and a thug’s car, as a part of the great American Dream, or as a symbol of betrayed expectations. This film is a small ‘commemorative’ review of the history of an automobile that for a long time symbolised, in a jocular and veritable way, sometimes even by accident, the times in which he was manufacture.

Mina Đukić was born in Sombor, in 1982. In January 2008, together with her colleagues Nikola Ležaić and Uroš Tomić, founded the film company Kiselo dete. They produced their fi rst full-length film ‘Tilva Roš’, directed by Nikola Ležaić. She directed several short films awarded at national and international film festivals. In December 2010, documentary ‘Yugo, A Short Autobiography’ premiered. Her first documentary feature film ‘The Disobedient’ is in pre-production.