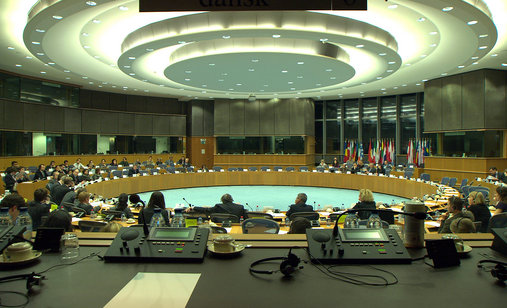 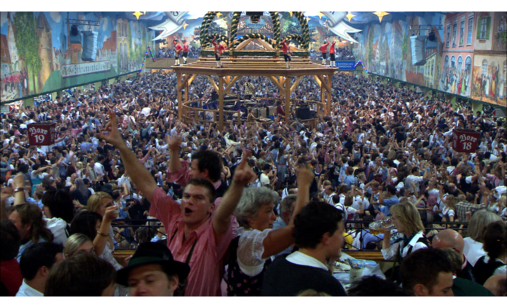 +
A film poem about a continent at night, a culture on which the sun’s going down, though it’s hyper alert at the same time.

A film poem about a continent at night, a culture on which the sun’s going down, though it’s hyper alert at the same time, an ‘Abendland’ that, often somewhat selfobsessively, sees itself as the crown of human civilization, while its service economy is undergoing rapid growth in a thoroughly pragmatic way. Nikolaus Geyrhalter takes a look at a paradise with a quite diverse understanding of protection. Night work juxtaposed with oblivious evening digression, birth and death, questions that await answers in the semi-darkness, a Babel of languages, the routine of the daily news, and political negotiation: All this has been captured in images with a wealth of details that make us look at things in a new way.

Nikolaus Geyrhalter is director, producer, writer and cinematographer, born in Vienna, Austria in 1972. Geyrhalter’s static-camera, well-paced observational films tackle their subjects head-on, whether it’s exploring the terrain in Chernobyl, Ukraine (Pripyat), tracing the route of the Dakar Rally (7915 Km), or investigating the production of processed foods (Our Daily Bread).At the age of 22, Geyrhalter started his own production company, Nikolaus Geyrhalter Filmproduktion (NGF). He made his first film, Eisenerz, in 1992. Two years later, Geyrhalter shot his first documentary, Washed Ashore (Angeschwemmt). Audiences, jurors, and critics took notice of Geyrhalter with Pripyat (1999), which won the SCAM Award at the Cinéma du Réel Festival and the Grand Prize at Diagonale Graz. He followed Pripyat with the epic four-hour globe-hopping documentary, Elsewhere (2001). The film screened at Thessaloniki Documentary Festival, the Toronto International Film Festival, the Jihlava Film Festival, and won a Special Jury Award at the IDFA. His next feature, Our Daily Bread (2005), won a Special Jury Award at IDFA as well. In the following decade, Geyrhalter examined night labor in Europe with Abendland (2011) and landscapes of urban decay across the world in Homo Sapiens (2016). The latter film played at the Berlinale Forum, the Hong Kong International Film Festival, the Cinéma du Réel Festival, the Edinburgh International Film Festival, Karlovy Vary International Film Festival, and the Viennale. In 2015, Berlin’s Arsenal Cinema programmed a retrospective dedicated to his work. The 38th Cinéma du Réel Festival programmed a sidebar on his documentaries. ZagrebDox is following Geyrhalter’s work by screening almost all of his films he made in the last decade, e.g. Our Daily Bread, Allentsteig, Danube Hospital and Abendland, as well as screening a special retrospective program in 2017.