Wednesday on ZagrebDox brings along the premiere of Igor Bezinović's 'The Blockade'. The film screens in Auditorium No. 1 at 9pm. Several other authors will present their films in person: Ciaran Cassidy, Dana Budisavljević, Cosima Dannoritzer, Audrius Stonys and Marieke Schellart 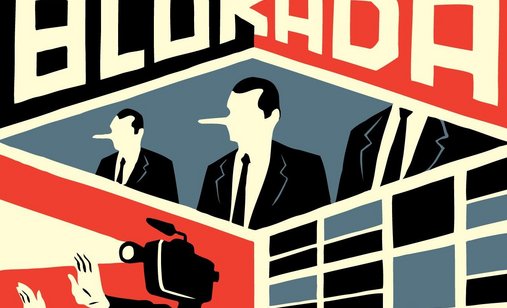 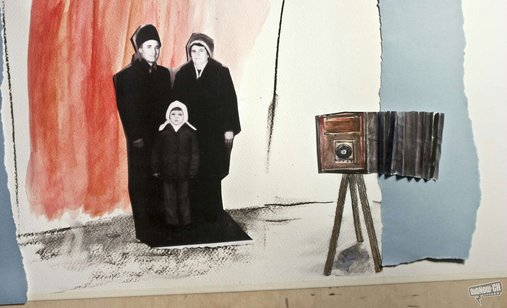 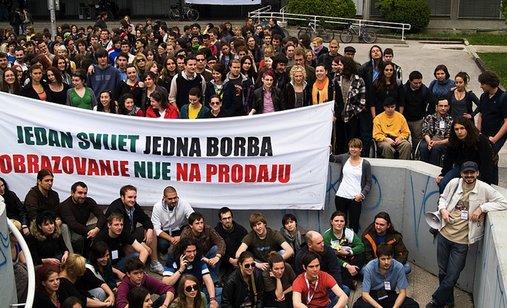 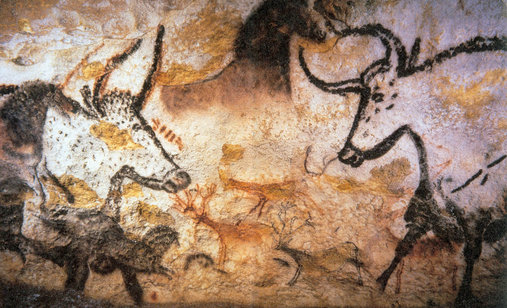 Wednesday on ZagrebDox brings along the premiere of Igor Bezinović's 'The Blockade'. The film screens in Auditorium No. 1 at 9pm. Several other authors will present their films in person: Ciaran Cassidy ('Horizontal Collaboration'), Dana Budisavljević ('Family Meals'), Cosima Dannoritzer ('The Light Bulb Conspiracy'), Audrius Stonys ('Ramin') and Marieke Schellart ('Eggs for Later').

The second day of the festival starts at 12am with the screening of a film from the Regional Competition. It is a Romanian film 'Crulic – the Path to Beyond' by Anca Damian, an unusual animated story told by the main protagonist from the grave.

Three short films from the Danish Film School Retrospective will be shown in Auditorium No. 4 at 2pm: 'My Beirut' by Boris Benjamin Bertram – a film about one man and four women and about what it is like to be stretched between two worlds; 'Girl with Telephone' by Anja Kvistgaard – a film that tells us how beautiful, funny and simple life is if you are called Emillie and have not turned 10 yet; and 'Angie' by Tina Katinka Jensen – a film about a 23-year-old rapper competing for the title of the rapper of the year in Copenhagen.

Two films from International Competition will be shown in Auditorium No. 1 at 5pm: Irish film 'Horizontal Collaboration' – about the destiny of the child on a photograph made 65 years ago, who is one of the fruits of the so-called "horizontal collaboration" of French women and German soldiers during World War II, and 'China Gate', a film about young Chinese trying to change their lives by studying.

Teen Dox films screen in Auditorium No. 4 at 6pm. In the Dutch film 'Flying Anne' we meet the 11-year-old Annie. She is so pretty that you can't get your eyes off her. However, the longer you watch her, the more you notice her ticks. Anne suffers from Tourette syndrome. The film won Best Documentary Award at Hot Docs festival. Then follows Belgian film 'In a Stranger's Skin' by Christophe Hermans. It tells us about Arnaud, a young man in his twenties, who quit studying after his mother's death three years ago and took comfort in food.

The films from Author's Night: Tomislav Radić, selected by Diana Nenadić, will be shown in Auditorium No. 4 at 8pm. We will see 'Live Broadcast', 'An Afternoon' and 'A Trip'.

The latest Igor Bezinović film, 'The Blockade', premieres in Auditorium No. 1 at 9pm. It depicts the most massive, longest and politically most relevant student protests in Croatia: the blockade of the Zagreb Faculty of Humanities and Social Sciences in April and May 2009.

The Masters of Dox program brings along Werner Herzog's 'Cave of Forgotten Dreams'. Similar to his earlier documentary, 'Encounters at the End of the World', when he joined a team of U.S. scientists on Antarctica, in 2010 Herzog made a 3D documentary about the Chauvet Cave in Southern France, where hundreds of cave drawings from Paleolithic had been discovered in 1994. Herzog has thus revealed to the public the magnificent underground world where 32,000-year-old works of art can be found.

Two choice morsels from Musical Dox program are awaiting us in Auditorium No. 5 at 10pm. While Polish film 'Contest' relates the innermost thoughts and feelings of the participants of the Frederic Chopin International Pianists' Contest 2010, 'Inni' joins the Sigur Rós band at the end of their last tour in November 2008.

One of the side events, the lecture KOFFIE VERKEERD* WITH ALLY DERKS, takes place in Festival Center at 12am. Derks is the founder of the International Documentary Film Festival Amsterdam (IDFA) and has served as its director since 1989. She has won several awards for her contribution to the documentary film, including the Lifetime Achievement Award at DocAviv in Tel Aviv (2007), IJ Prijs of the City of Amsterdam, PricewaterhouseCoopers (2008) and Doc Mogul Award at 2011 Hot Docs. During her short stay in Zagreb she will inform us about how films are selected for IDFA and will tell us about the changes in documentary film that IDFA has triggered.

Baltic Dox discussion on financing and marketing of documentary films in Estonia, Latvia, Lithuania and Croatia will be held in Festival Center at 5pm. ZagrebDox has organized it together with MEDIA Desk Estonia, National Film Center of Latvia and MEDIA Desk Croatia. Experience and ideas will be shared by Ilze Gailite Holmberg, Director of National Film Center of Latvia; Marje Jurtshenko, program editor on Estonian television ETV2; Audrius Stonys, Lithuanian documentarist whose films have been selected for this year's ZagrebDox program; Martina Petrović, Head of Office of MEDIA Desk Croatia; producer Siniša Juričić, member of the Managing Board of Croatian Producers Guild; Hrvoje Hribar, Director of Croatian Audiovisual Center; and Nenad Puhovski, Director of ZagrebDox and Factum. The meeting will be moderated by Tue Steen Müller, Baltic Documentary Retrospective selector.