Thursday brings us yet another premiere on ZagrebDox – Branko Ištvančić's film 'From Grain to Painting' which introduces to us straw artists called 'straw girls'. The film is a poetical ode to this special art and also an appeal to save this slowly disappearing heritage. 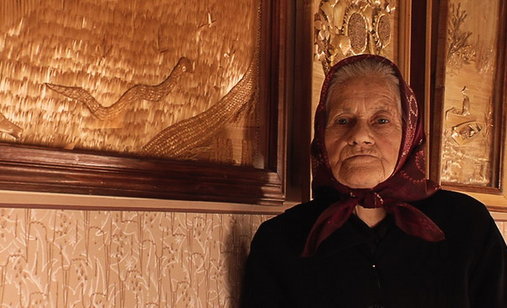 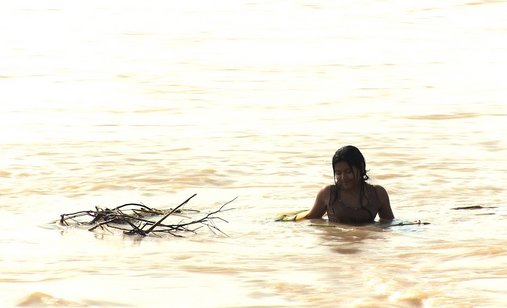 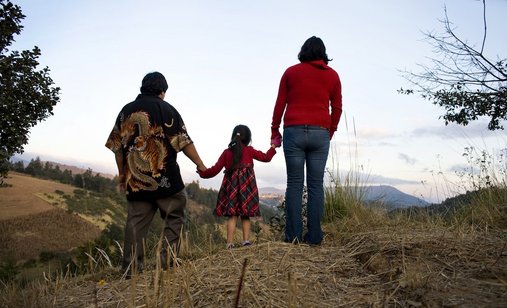 Thursday brings us yet another premiere on ZagrebDox – Branko Ištvančić's film 'From Grain to Painting', scheduled for 9pm in Auditorium No. 1. It introduces to us straw artists called "straw girls". The film is a poetical ode to this special art and also an appeal to save this slowly disappearing heritage. Besides this premiere, we will have a chance to see the films of Dana Budisavljević ('Family Meals'), Mejra Mujičić and Marina Viculin ('There Was No Wind'), Pekka Ville Lehtinen ('Soulcatcher'), Piotr Sulkowski ('The Conversation') and Nicolas Rincon Gille ('The Embrace of the River'). The authors themselves will present their respective works.

The fourth festival day starts at 1pm in Auditorium No. 1 with screenings of two films, one from International and one from Regional Competition. The short black-and-white Polish film 'Returns' documents the events that took place after 10 April 2010, when 96 persons, including Polish president and members of the government, had been killed in a plane crash near Smolensk. Then follows a film of the awarded filmmaker Dana Budisavljević, 'Family Meals', about a four-member Zagreb family that gathers around table after four year; it is a film about our need to be accepted by our loved ones.

Two films from Baltic Dox program will be shown in Auditorium No. 5 at 2pm: 'Jolly Old Farts' by Manfred Vainokivi – a film about an old film director and an old cinematographer and their friendship, and 'Art of Selling' by Jaak Kilmi and Andres Maimik – a chronicle of a new way of earning for living a postcommunist society.

Two films from the International Competition will be shown in Auditorium No. 1 at 5pm: '1001 Days' by Olivier Jourdain follows hard-core fans of Turkish soap operas from Zagreb to Istanbul; Iranian film 'The Green Wave' by Ali Samadi Ahadi is a combination of animation, documentary material, testimonies and posts of brave Iranian bloggers, showing all aspects of a political movement just before Iranian presidential elections 2009.

The State of Affairs program starts in Auditorium No. 4 at 6pm with two films: Theo Rigby’s film 'Without Country' (U.S.) is trying to avoid the usual approach to immigrant issue and explores the complex and emotional journey of one family, including their deportation. 'Debtocracy' by Aris Hatzistefanou and Katerina Kitidi is looking for the causes of Greek debt crisis and is proposing solutions which are not accepted by the government and major media. The authors talk to economists, journalists and intellectuals from all over the world, who describe the steps that have led Greece into the present-day debt trap – debtocracy.

Two films from the International Competition screen in Auditorium No. 4 at 8pm: 'The Conversation' by young Polish author Piotr Sułkowski is a film about Janusz and Agnieszka, who are both convicted for murder and communicate with each other only by letters. ‘The Embrace of the River’ brings us a story about life on the banks of River Magdalena, the realm of the mythical river monster Mohan who is playing with fishermen and tearing their nets.

Another Musical Globe film awaits us in Auditorium No. 5 at 10pm: 'Beats, Rhymes & Life: The Travels of a Tribe Called Quest', the first feature-length film of U.S. actor, director and comedian Michael Rapaport (TV series 'Boston Public', 'Prison Break', 'Friends'). It tells the story about one of the most influential and ground-breaking bands in the history of hip-hop music. Having released five golden and platinum albums in eight years, A Tribe Called Quest became one of the most commercial and artistically relevant bands in recent history. Ten years after they had split up, they reunited for their 2008 tour and play before packed audiences across the States. The film won Best Documentary Award on São Paulo International Film Festival and Audience Award at Los Angeles festival.

The last film of the day screens in Auditorium No. 1 at 11pm: the U.S. film 'The Godfathers of Mondo' by David Gregory is part of Mondo Dox program, dealing with the history of films made in cooperation of Gualtiero Jacopetti and Franco Prosperi.

The side events include Pitching Forum that starts in Auditorium No. 2 at 10am. Twelve documentary films in various stages of development and coming from eight countries will be presented to the panel of TV editors, film center representatives and distributors. Pitching Forum is open for public, giving the audience a unique insight into the future of festival and TV documentary program. The official language of Pitching Forum is English. Moderators: Leena Pasanen and Stefano Tealdi, who also moderate the ZagrebDox Pro project development workshop.