Mexican film 'The Tinniest Place' by Tatiana Huezo screens in Auditorium No. 3 at 1pm. Do not miss on today's final projections of ZagrebDox official programs - Happy Dox, State of Affairs and Musical Globe as well as Nikolaus Geyrhalters film poem 'Abendland' at 11pm tonight! 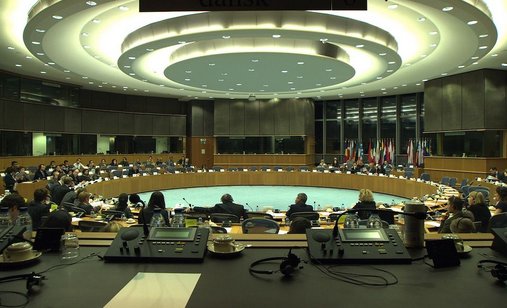 Mexican film 'The Tinniest Place' by Tatiana Huezo screens in Auditorium No. 3 at 1pm. The author's first feature-length documentary tells us about the horrors that a small Salvadoran town of Cinquera and its people suffered during the 12-year civil war in that country.

Three films of Danish Film School screen in Auditorium No. 4 at 2pm: 'Meeting My Father Kasper Highhat', a film about the author's father – a bank robber and magician; 'The Time We Have' – about Ruth and Arne who got married 67 years ago and have enjoyed every moment together ever since; and 'Without Words', a film about Martine, who suddenly lost her voice eleven years ago.

U.S. film 'Sarah Palin – You Betcha!' by Nick Broomfield screens in Auditorium No. 3 at 5pm. It is Broomfield quest for true Sarah Palin. It includes facing icy Alaskan snow in mid-winter and has in it Palin's school friends, family and fellow Republicans who had given their hearts and souls to this charismatic and charming hockey mum.

Two Happy Dox films can be seen in Auditorium No. 5 at 6pm. While 'Uncle Tolya's Cabin' is about a man named Tolya who lives in Russian Vologda region and writes letters about his life to Russian and U.S. presidents, 'Matchmaking Mayor' tells us about the retired mayor of a small Slovakian village who organizes a party for all singles from the neighboring villages.

'Heart of Sky – Heart of Earth', a film from State of Affairs program that screens in Auditorium No. 1 at 9pm, follows six young Mayas in their everyday life and rituals, disclosing their determination to resist the destruction of their culture and environment.

Musical Globe program continues in Auditorium No. 5 at 10pm with 'Anda Union – from the Steppes to the City', a film by Marc Tiley. It presents the members of the band of the same name and joins them on their ten-thousand-kilometer journey through the steppes and mountains of Inner Mongolia. On their way they visit their families, find new friends and enjoy the traditional nomadic way of life that has inspired their music.

Saturday on ZagrebDox ends in Auditorium No. 1 at 11pm with the screening of Austrian director Nikolaus Geyrhalter's 'Abendland' from Regional Competition. It is a night journey through a Europe obsessed with technology and safety.

The side events on Saturday include Jay Rosenblatt Masterclass that will take place in Festival Center at 12am. Jay Rosenblatt started his career as a New York-based therapist. However, in the mid-1980s he moved to San Francisco and switched to filmmaking. His poetic films are primarily made up of archive material and, without exception, make strong impression on viewers. He has made more than 25 films and has won more than one hundred awards on festivals worldwide. He teaches at schools such as Stanford University, San Francisco State University and San Francisco Art Institute. He will share his experience with the audience.

'Lust Step One', a film by Torben Simonsen, a member of ZagrebDox Young Jury, screens in Festival Center at 4pm.