One of the greatest US and world documentary filmmakers, famous film archaeologist and master of found footage will hold a masterclass on Saturday, March 3 at 12pm in Festival Centre! 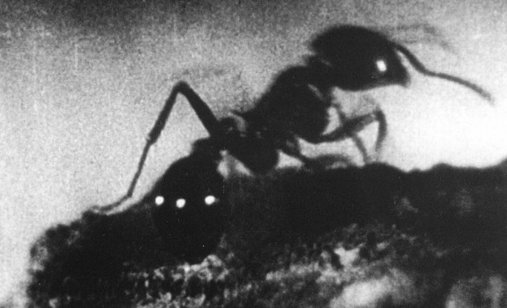 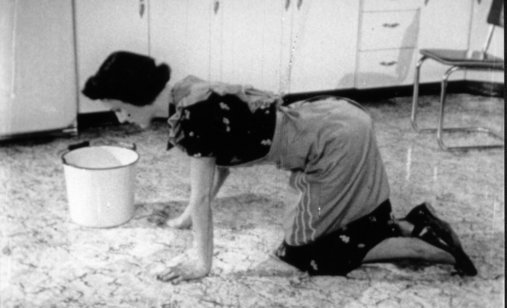 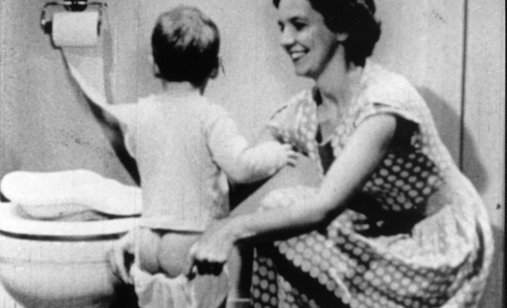 8th ZagrebDox proudly presents its program An Author's Retrospective: Jay Rosenblatt as well as Jay Rosenblatt's Masterclass that will take place on Saturday, March 3 at 12pm in Festival Centre!

In his 2008 film ‘Beginning Filmmaking’, U.S. director Jay Rosenblatt gave his four-year-old daughter Ella a digital camera for her birthday, in order to teach her how to make a film. She agrees and the ‘school’ starts immediately: he tells her about the process of filmmaking, from the idea to realization; he explains her plans, composition, back light etc. However, the little girl is annoyed because she finds filmmaking by her father’s instructions ‘boring’. Still, with time she established a close relationship with her new toy: she treats the camera as a pet, almost as a living creature she can communicate with when no one’s looking and confide to it her thoughts, feelings and moods in the privacy of her room.

Those who are well acquainted with the work of Jay Rosenblatt (born in New York in 1955), a film director with a grade in psychology, will at first perhaps interpret the above described parental experiment as an act of torture (or compensation), because this San Francisco-based acclaimed and multiply awarded independent filmmaker has made most of his works by avoiding the usual cinematic procedures he is persuading his child to follow in this film. Thus, ‘Beginning Filmmaking’ is but one of a few short diary-type documentaries made by using or by shooting original material – something he was more inclined to do in his later films – mostly recordings about his family: about his daughter (‘I Like It a Lot’, 2004; ‘I’m Charlie Chaplin’, 2005), his pets (‘Pregnant Moment’, 1999) and himself as a father (‘I Used to Be a Filmmaker’, 2003).

A major part of Rosenblatt’s filmography – somewhat less than thirty films – is mostly a result of editing, preceded by ‘archeology’ (digging through public and private film archives, media scrap dump and dumpsters with private footage from which originates the ready-made raw material of his works). In film critics’ terminology, Rosenblatt is a found footage artist, someone who seizes, alters, recycles or in some other way exploits other people’s audiovisual recordings in order to create his own author’s work. At that, all sorts of sources can be used – feature, documentary, commercial and educational films, TV programs, family recordings etc. Besides the implied extraction of parts of footage from their original context, other forms of processing of image and sound are also frequent: slowing down, stopping, magnifying and shrinking, zooming in and blurring of image, distortions of the original sound recordings – in short, all sorts of removing and adding.

This practice is legitimate – and long-established – in cinematography, especially in its alternative, avant-garde or artistic fl ank. The first ‘recycling’ was made way back in the 1920s by Soviet filmmakers (Ester Schub, Kuleshov, Vertov), who were remodeling Hollywood movies and newsreels to fit Soviet (anti)propaganda of Goskino. Since the 1930s, revisionist borrowing was also the practice if U.S. avant-gardists (J. Cornell, K. Anger, K. Jacobs. Bo. Conner, C. Baldwin etc), more for esthetic than for political purposes. In postmodern European context, the authorities in this field were Austrian (Arnold, Tscherkassky, Deutsch, Brehm) and German (M. Müller) schools of found footage. However, the above mentioned filmmakers – except, maybe, the Soviet ones – are almost exclusively identified as avant-gardists or experimenters; they are rarely referred to as documentarists.

Rosenblatt, however, is accepted in both camps. His films receive awards as experimental films, but they are equally acclaimed as documentaries, although their treatment of ‘alienated’ legacy substantially differs even from the post-verité non-fiction films hat use archive footage in their (re)construction of historical narratives. Roseblatt’s work covers both fields, uniting them with the hypnotic energy of a very personal, often elegiac and poetical, experimental and documentary collage. By alternating personal experience with the materialized historical memory, he makes essays about phenomena that seem close and elusive at the same time, sometimes even ‘non-showable’. One of such psychological phenomena is fear – more specifically, various types of fear, from primordial to existential ones.

He is familiar with them as a certified psychologist and therapist, as well as a man and an American, defined by multiple identities in his own life. Referring to a Jeanne Marie Beaumont poem, Rosenblatt, for instance, strings them together or ‘lists’ them (like Greenaway) in his conceptual ‘Afraid So’ (2006). But this complex meditative refl ection on fear and depression begins even in his earlier works, such as ‘Short of Breath’ (1990). This emotionally strained found footage work also reveals other themes from his psychotherapeutic agenda – birth, death, sex and suicide, but also a standard directing procedure: modernist juxtaposing of fragments took out from other people’s films and arranged into associative or ‘dialogue-style’ successions.

‘Short breath’, for instance, repetitively circles from a psychiatric session with an anxious woman and a child’s room filled with nightmarish invocation of a motherly f gure; the interspace is made strange by a counterpoint of disturbing images and sound leitmotivs, such as loud panting and minimalist string music. The effect of this (para)documentary is truly visceral, like ‘a kick in the guts’ (in the director’s own words). It even intensifies in Rosenblatt’s next assemblage, ‘The Smell of Burning Ants’ (1994), and its ‘female counterpart’ ‘Period Piece’ (1996).

The fil rouge in ‘The Burning Ants’ is the male inclination to violence and (self)destruction which, in American social context, is connected with a boy’s growing up with illusions of power, shame and fear of ‘God, gang from the ‘hood and father’. The audiovisual strategy is still very powerful: the slowmotion black-and-white image brings disturbing scenes and symbols, while the sound backdrop contains alternating muffled sounds, string music and bodiless voice of the all-knowing ‘narrator’.

If the (self)therapeutic urges in these earlier works were left hidden behind impersonal rhetoric, they were fully explicated and translated in a meditative, subjective discourse in several Rosenblatt’s later films. This discourse is underlined in ‘Phantom Limb’ (2005). The sadness resulting from the loss of a little brother and the family members’ avoidance to talk about this tragic childhood incident is the motive behind the 12-stage facing of the loss, including denial, shock, desire and depression, but also acceptance.

The intensity of emotions caused by ‘Phantom Limb’ is a result of authentic testimonies of interviewed subjects, evocation of memories through images from personal, family and public memories, clever interventions in the image and, also, of the hypnotic rhythm with which off -voices and musical inserts alternate on the screen. In his somewhat earlier phase, the director also had the need to explain to himself and to the others how was he dealing with his Jewish identity.

This issue is made concrete in ‘King of Jews’ (2000), where he explains why he was shocked with the fact that Christ, of whom he was scared as a boy, was a Jew. He does it in a form of a triptych, juxtaposing his personal refl ections and his family’s 8mm archive on the one hand and the scenes of the 2000-year-long history of exile from documentary, educational and Hollywood movies on the other.

But the reexamination of his Jewish identity (and conscience) does not stop there, due to new historical challenges that require its redefinition, sometimes painful. The documentary film ‘Four Questions for Rabbi’ (2008) is a continuation of this process. The director’s friend Stacey Ross was the one who started the film. However, she soon committed suicide. ‘Relying’ on the archive images spanning the gap between the first and twenty-first centuries in Palestine, the personal and religious questions about one’s own identity in this film become political and ethical questions.

Similar fusion takes place in Rosenblatt’s films even when the motivation for reexamination of history is not of autobiographical or personal nature, as is the case with the collage-style ‘Prayer’ (2002) – a reaction to 9/11, or with the moderately satirical portrait of singer Anita Bryant, a gay rights opponent (‘I Just Wanted to Be Somebody’, 2006). Although its is hard to find a Rosenblatt film that, at least in disguise, has no reference to some form of politics, one of the most concrete and best known ones is, beyond doubt, ‘Human Remains’ (1998). The ‘stars’ of this archive footage spectacle is the notorious dictatorial five of the twentieth century - Hitler, Mussolini, Stalin, Franco and Mao Zedong. While we know almost everything about their individual moral and political horizons, their intimate inclinations and weaknesses are somewhat less known, were it their attitude toward women, children, food, animals or, simply, toward hygiene. It is these banal ‘human remains’ that the director picks in order to analyze their pseudohistoriographic ‘humanization’ and their reduction to ‘ordinary’, vulnerable people through witty fusion of their apocryphal confessions and less known footage of their private lives.

However, Rosenblatt allows such treatment of ‘famous’ persons when it comes to suicide: he has no problem bringing famous writers among suicides – Hemingway and Primo Levi – together with ‘ordinary mortals’ who did not want to die of natural causes, in order to include them all in his ghastly lyrical encyclopedia of voluntary deaths. For those who have not seen any of Rosenblatt’s documentary collages, ‘The Darkness of the Day’ (2009) is an opportunity to become familiar with the repertoire of powerful audiovisual tools that this seductive media ‘archeologist’ is using to dig through his own innermost feelings, human subconscious, history and the conscience of mankind.