The last award of this year's festival was given to Croatian documentary 'Family Meals', directed by Dana Budisavljević. Final words of festival director Nenad Puhovski marked an end to 8th ZagrebDox. 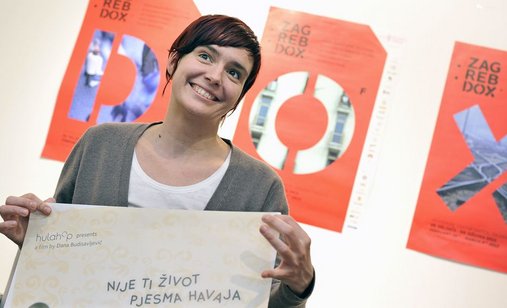 HT Audience Award winner 'Family Meals' and today's all-day The Best of Fest program (screenings of all films awarded this year) marks an end to the 8th ZagrebDox.

"I think this year's edition of the festival achieved the goals we had set and promised to our audience, documentary filmmakers and all those taking interest in documentaries – we had more viewers (10-15%), more films, more programs and more sold-out screenings; we adopted new screening technologies (DCP, 3D etc). Most importantly, we also had more discussions about films. Our program for professional documentary filmmakers, those who want to become that and those who simply want to learn more about it was richer and more thought-provoking: we had more workshops, discussions and round tables and we released the first Croatian DVD with a selection of remastered films of a Croatian documentarist. However, our most important achievement was probably the arrival of a series of acclaimed guests: among others, we had filmmakers like Jay Rosenblatt, Audrius Stonys, Ross Ashcroft, Nicolas Rincon Gille, Yonatan Nir, Cosima Dannoritzer, Marieke Schellart and Alexandrer Gutman; festival directors like Ally Derks and Krzysztof Gierat; documentary experts like Truls Lie, Tue Steen Müller and Arne Bro; television editors like Katja Wildermuth, Sari Volanen, Andraž Pöschl etc.

Based on all the above, in the near future we plan to strengthen ZagrebDox even more and turn it into a relevant European documentary festival", said festival director Nenad Puhovski, thus concluding the 8th ZagrebDox.