Due to high interest for this controversial dox of Slađana Zarić and Filip Čolović, the film will screen once more in Auditorium No. 3, tonight at 11pm. 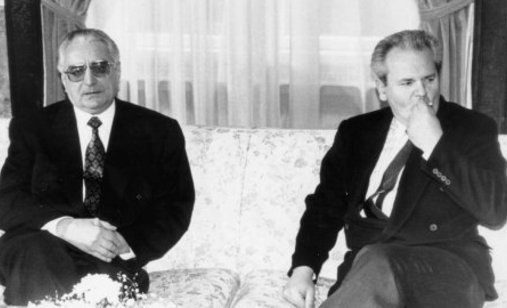 Franjo Tuđman and Slobodan Milošević met 48 times during the war, mostly on the margins of international conferences. All that time they kept telephone contacts. Hrvoje Šarinić, Tuđman's chief of staff from 1993 to 1995, had eleven secret meetings with Milošević in Belgrade. One of the last meetings took place only days after the military operation known as Storm. The two presidents had always maintained contacts, but they actually met for the first in Karađorđevo and Tikveš in the early 1991. Many argue that it was at these two meetings when Tuđman and Milošević found their common ground. What did they agree on in Karađorđevo? What did they talk about?

Due to high interest of the audience, you will have a chance to find the answers to these questions on an additional screening of 'Tuđman and Milošević – Agreed War?' in Auditorium No. 3, tonight at 11pm.