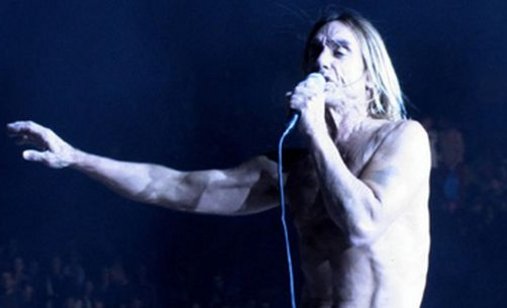 +
This crazy story begins under the wretched auspices of the electrical iguana Iggy Pop, still incontrollable despite his age of 60.

A golden age, filled with the filmmaker’s remarks and personal anecdotes, the rage of the 1960s British bands like The Animals – discernible here through singer Eric Burdon – the sounds of LSD-clad psychedelic rock told by one of the improbable survivors, Garry Duncan, to Zappa and jazz experiments, and, naturally, the legendary Woodstock.

Jérôme de Missolz was ten years old when his father gave him his first 45rpm of the Rolling Stones. He developed an instant and serious addiction to vinyl and rapidly adopted the rock spirit. At that point his life becomes intertwined with the electrical and subversive musical movement. From his adolescence to his development as an experimental documentary filmmaker, Jerome Missolz recounts the saga of his magnificent heroes through the voice of actor Denis Lavant: starting with Chuck Berry – his famous ‘Johnny B. Good’ has marked four generations of white musicians – he tracks the records about these ‘demonic musicians’ who thrilled him to such extent (the Stones, Bob Dylan, Janis Joplin, Zappa, Bowie, Ian Curtis …) and meets a few survivors, including Iggy Pop, a sort of Last of the Mohicans found in a house in Miami buccaneer.