Rocn 'n' Roll is To BLame For All? 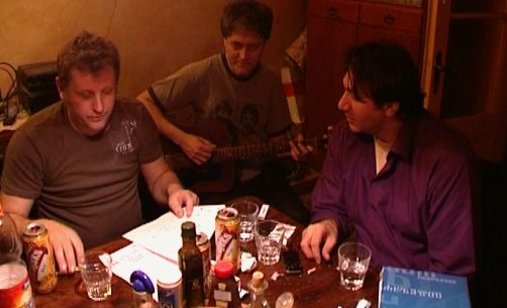 +
The story of rock band FIT is a real-life story about four young schoolmates who start up a band without even knowing who would play which instrument.

Within a few years, carried by an overwhelming new wave among the growing tide of bands from Rijeka, they become a rock sensation in former Yugoslavia. Almost in the same manner they’ve reached the top, they suddenly disappear… Nearly 20 years later, Bajo, Miro and Zorko get up on stage once again, better than ever, more mature and powerful, only to discover their songs are still alive thanks to their old and new fans. This is a story about storming success and fame, but also about bitter emotional, social and personal breakdown. A story about each one of you out there, with your own dreams an question ‘can I make it?’ Well, these guys tell you – Yes you can!