Eduard Galić - An Evening of Film 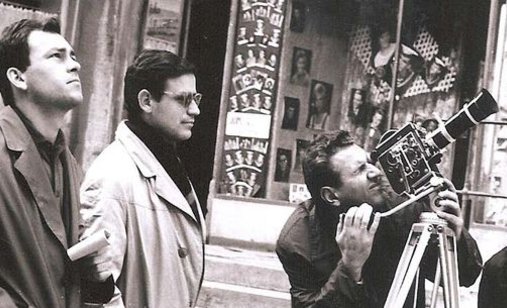 A walk around the ancient town of Trogir. The walker goes deeper and deeper into the stone labyrinth, and encounters fear, death and pain. In things long forgotten he discovers the drama of the times long gone.

Stone towns in the Adriatic are the work of stonemasons and sculptors long gone, who processed each stone with their skillful chisel. Paying tribute to these old masters, recording many of these stone details, portraying the vanished moments of creation.

Slow death of Istrian towns, away from the coastline and abandoned by their inhabitants – the houses are impossible to sell, even at auctions starting with the price of one former dinar.

Just like many other towns in mainland Istria, Grožnjan was deserted. The dead town is brought back to life by a group of young musicians who restore life through their youth and music.

A record of the village of Letnica in Upper Morava, Kosovo, whose miraculous Madonna numerous pilgrims of Roma, Janjevo, Albanian and Serbian origin implore for offspring.

Đurđica Bjedov or on Happiness

Swimmer Đurđica Bjedov was organised a magnificent welcome in Split when she returned from Mexico with a gold medal from the 1968 Olympics. Those days of glory are long gone, and Đurđica Bjedov has found fulfilment in the role of wife and mother.