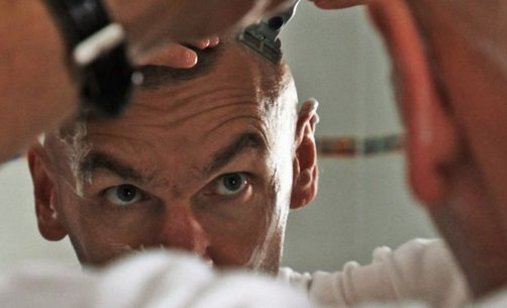 +
In his professional boxing career Željko Mavrović won 27 fights, lost only one – for the world heavyweight champion title.

Croatian boxer, also distinctive for his Mohawk hairstyle, never fought again after this bout. He moved on, but the true struggles have just begun – outside the ring.

Matija Vukšić (1982, Čakovec – 2019, Zagreb) earned his degree in Journalism at the Faculty of Political Science in Zagreb. He worked as a journalist and editor in the news programme of the Croatian Radiotelevision. He graduated in Documentary Film Directing from the Academy of Dramatic Art in 2011. He wrote and directed documentary films Benjamin (2009), Happy Croatian in Bucharest (2010), Iroquois (2010) and Children of Transition (2014) and the short fiction film, The Cleaning Lady (2017). Benjamin, a story about a 17-year-old Roma boy in search of his identity, won the Grand Prix at the Early Bird Festival in Sofia and the Second Prize at the Fibula Documentary Film Review in Sisak. It was shortlisted for the Best Documentary Award of the CILECT International Film School Association and screened at ZagrebDox, Croatian Film Days, Rolling Film Festival, SEE a Paris Festival, Filofest Ljubljana, Sarajevo Student Film Festival, F.R.K.A Film Review as well as in the Short Film Corner of the Cannes Film Festival. Iroquois, a biopic about boxer Željko Mavrović, and Children of Transition were shown at ZagrebDox and Croatian Film Days, among other festivals.