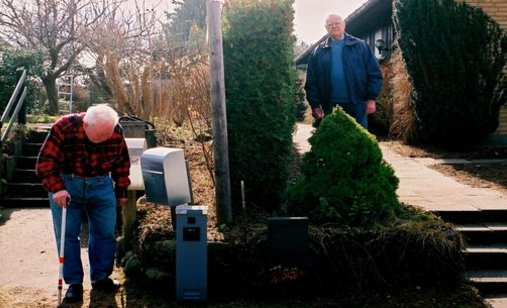 +
‘The Home Front’ is about conflicts in our private sphere: feuds between neighbours.

The film follows Mogens Peuliche, a boundary inspector, who mediates between disagreeing neighbours. We enter the homes of the feuding parties to learn about the conflicts from both sides. Why is it so difficult to solve a conflict so close at hand? And what do hedges and fences represent? Is this really what the conflicts are all about?

Phie Ambo was born in 1973, Denmark. She graduated in documentary film directing at the National Film School of Denmark in 1999. Ambo is the winner of IDFA’s Joris Ivens Award for ‘Family’ (2001), co-directed with Sami Saif. After directing ‘Gambler’ (2006), a portrait of film director Nicolas Winding Refn in the midst of a crisis, her film ‘Mechanical Love’ (2007), about robots and emotions, was selected for the Joris Ivens Competition. ‘The Home Front’ (2010) is selected for Mid-length Competition at IDFA.