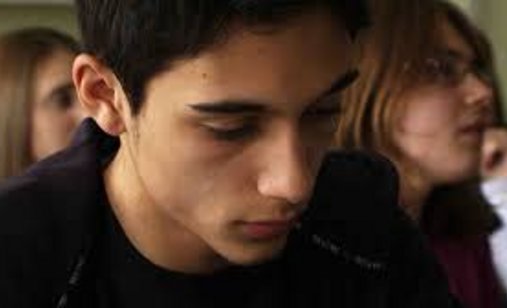 ‘Benjamin’ is a story about a 17-year old Romany who searches for his identity. State champion in geography isn’t satisfied with life in Romany environment and tries to find the way to be fully accepted from non-Romany people. Many of the Romany in the settlement are jealous at him because thanks to his school achievements his family got water and electricity. Benjamin’s parents, Jehovah’s Witnesses, often emphasize that their son is successful thanks to religion and God. Benjamin disagrees with them as well as in many other things. His mother and father don’t approve his dedication to hip hop, but in dancing Benjamin sees good chance to prove himself to everyone. He and his dance group trained hard throughout the year and now they have high expectations for the upcoming competition at the Dorm Day.

Matija Vukšić (1982, Čakovec – 2019, Zagreb) earned his degree in Journalism at the Faculty of Political Science in Zagreb. He worked as a journalist and editor in the news programme of the Croatian Radiotelevision. He graduated in Documentary Film Directing from the Academy of Dramatic Art in 2011. He wrote and directed documentary films Benjamin (2009), Happy Croatian in Bucharest (2010), Iroquois (2010) and Children of Transition (2014) and the short fiction film, The Cleaning Lady (2017). Benjamin, a story about a 17-year-old Roma boy in search of his identity, won the Grand Prix at the Early Bird Festival in Sofia and the Second Prize at the Fibula Documentary Film Review in Sisak. It was shortlisted for the Best Documentary Award of the CILECT International Film School Association and screened at ZagrebDox, Croatian Film Days, Rolling Film Festival, SEE a Paris Festival, Filofest Ljubljana, Sarajevo Student Film Festival, F.R.K.A Film Review as well as in the Short Film Corner of the Cannes Film Festival. Iroquois, a biopic about boxer Željko Mavrović, and Children of Transition were shown at ZagrebDox and Croatian Film Days, among other festivals.