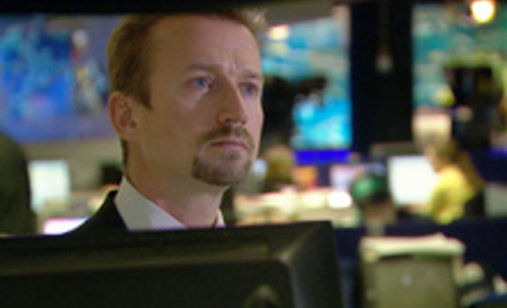 Geraint Anderson is only 35 years old but he has already made many experiences in his professional life: a rapid career, insider trading, drugs, sex, greed, bad speculation, panic. Anderson knows what he is talking about. He was the star analyst of a German investment bank in London and has earned millions of pounds. But after twelve exciting years in the Financial City, Geraint burns out and faces a serious personal crisis. From that time onwards his life changes. He starts to write down his banking experiences and gets published in a London newspaper - anonymously. Very soon the confessions of the ‘Cityboy’ gain cult status. Anderson realistically describes the tricks in the business and the often overstrained young bankers. Not revealing real names, he wants to describe the moral standards of a business that is sliding towards catastrophe.

Stephan Lamby has directed many high quality documentaries on personalities of contemporary history, amongst others on: Angela Merkel, Henry Kissinger, Fidel Castro, Helmut Kohl, Joschka Fischer, Jörg Immendorff, Stefan Aust and Oliver Stone. Lamby was awarded with the Robert-Geisendörfer-Preis and the Hans-Klein-Medienpreis, and was nominated for the Deutscher Fernsehpreis and the Grimme-Preis. ‘Cityboy’ is also nominated for the Emmy 2009. He lives and works in Hamburg.