The Invention of dr. Nakamats 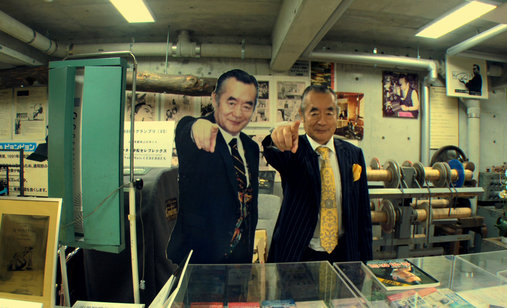 The 80-year-old Japanese inventor Dr. Nakamats is the brain behind such useful devices as the very first floppy disk (years ahead of IBM), brain-stimulating tea, the water-powered bike taxi and a motor that is run by light photons. In fact, he holds the world record in inventions, and with over 3,300 patents he’s well ahead of Edison’s thousand. Dr. Nakamats enjoys an almost royal level of respect in Japan, where he has his own fan club - and among the poor businessmen, who almost unwillingly end up insulting him with something as prosaic as money. But who is he, this mysterious mastermind from Tokyo? And where does his unstoppable drive to bring new things to the world come from? The audience has to come up with its own answer, but there are definitely enough clues to be gleaned from this film. One even becomes a bit mad as one watches the headstrong genius, who gets his best ideas in the seconds before he’s about to drown. But one can understand the admiration for this man, and shares the hope that he can keep his public promise to live until he’s 144 years old.

Kaspar Astrup Schröder is a director born in Denmark in 1979. He is a self-taught visual artist and designer. He has exhibited visual work and released music in Copenhagen, Amsterdam, Bruxelles, New York, Shenzhen and Tokyo. The Invention of Dr. Nakamats (2009, screened at 2010 ZagrebDox) and My Playground (2010, screened at 2011 ZagrebDox) premiered at IDFA. Rent a Family Inc. (2012) was awarded the Golden Eye Award at Zürich International Film Festival.

Produced by:
Plus Pictures