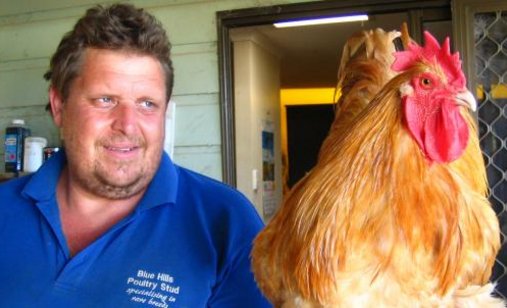 After a long battle with depression, Queensland rare chicken breeder Mark Tully is now on a mission to protect the endangered chickens to which he owes his life. He begins an epic ‘chicken chase’ fuelled by a determination to find ‘lost’ breeds of poultry before they are gone forever. His search covers almost 10,000 kilometers and five Australian states as he tracks down rare heritage breeds and meets others who share his passion.

Randall Wood, writer, director and cinematographer, has worked on a broad slate of documentaries, including ‘Changing Justice,’ ‘Goori Goori Dreaming,’ Selo Selo Bigfala Canoe,’ ‘Downunder Grads and Kilem Taem.’ An ACS award-winning cinematographer, Wood has shot two feature-length dramas and worked for various international film companies. He graduated in 2004 from a year of advanced study in feature film scriptwriting and directing at the Maurits Binger Film Lab in Amsterdam. In 1991 he graduated from the Queensland Conservatorium of Music, where he studied composition and piano. Wood is now developing a film about flowers, emotions and evolution called ‘Bloom.’