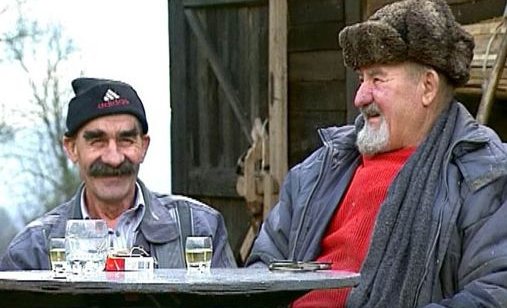 In one village, at the foot of the mountain Kozara, farmers skill to make brandy from every kind of fruit and vegetables that grow on their soil. They celebrate all significant events with brandy. They drink it with reason, without reason and without the bite of conscience. From day to day, through life to death, and even after.

Jelena Topić was born in 1984 in Prijedor, BiH. In 2007 she received BA in marketing and management and started her study at the Academy of Arts in Banja Luka, department of TV and film directing. She is the one of producers of International Students Film Festival, DukaFest, in Banja Luka. Filmography: ‘Koliko nam je preostalo?!’ (2007), ‘Među ženama’ (2008), ‘Ajvar’ (2009), ‘Rakiola Religion’ (2009).