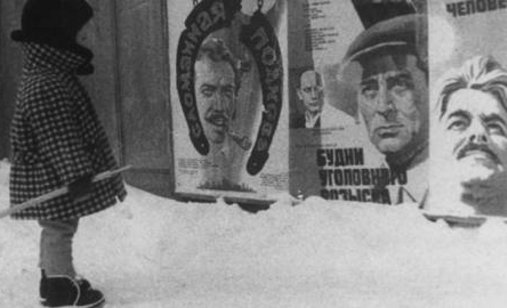 With the exception of the trees next door, which have grown considerably larger, not much has changed about the apartment where filmmaker Mikhail Zheleznikov grew up. After 37 years, Zheleznikov still looks out the same window from the same house. He still lives together with his mother, and has only exchanged his childhood room for the larger one that he now shares with his wife. Using a poetic collection of school pictures, news footage, and 8mm home movies, Zheleznikov takes stock of his childhood in the USSR and post-Soviet St. Petersburg. He remarks how as an overprotected preschooler, he was transformed from the egotistical ‘I’ to the socialist ‘we.’ Slowly but surely, Zheleznikov discovered that the image of the world that was fed to him did not always add up. The USSR collapsed in 1991, and completely in keeping with the times, Zheleznikov emerged as a businessman, cell phone and all. While looking at pictures from a time when he was rather miserable, he remarks how nice it all looked, and he lets the old home movies convince him that maybe he was actually happy back then.