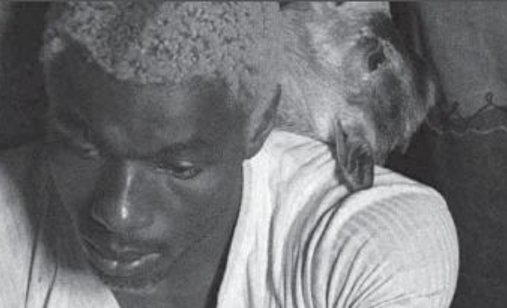 Ben, ‘The Lion of Cameroon’, has just succeeded in becoming a professional boxer, yet his goal is higher: not only does he want to become a champion but ‘the world boxing champion’. That way he will have fulfilled his family’s high expectations. Without a title or money, Ben cannot go back to Cameroon. He was the one his family chose to send to Europe and he must return a success, bringing them money, gifts and business connections. Together with Wolfgang, a non-professional yet dedicated trainer from the former Democratic Republic of Germany, Ben bushwhacks his way through thetough jungle of the boxing world. Under the enormous pressure of achieving success, their friendship eventually breaks up. Ben must make his way alone and soon begins to lose matches. Disheartened, he is just about to give up boxing when a golden opportunity arises and he gets an offer to fight for the world title. At last he can afford to fly back to Cameroon and face his family: his ticket is booked and no matter how the fight goes, Ben will fly.

Insa Onken is born September 1975 in Wilhelmshaven (Germany). Graduated at the Marien Highschool in Jever and in 1995 started training music, German philology & biology at the school of music and university of Cologne. Worked as a musician and documentary director.