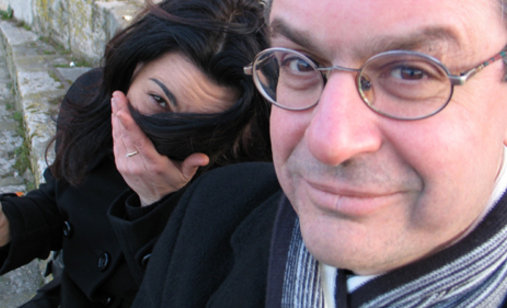 Psychopaths... they’ll charm you, manipulate you, then ruin your life. But, not all of them with a gun or a knife. In this extra- ordinary documentary, suspected psychopath Sam Vaknin goes in search of a diagnosis... was he born without a conscience? ‘Making a movie with a psychopath,’ declares I, Psychopath’s director Ian Walker, ‘is a little like poking a snake with a stick.’ Unwittingly, the filmmaker becomes a textbook victim. Joined by Vaknin’s long-suffering but ever-loyal wife Lidia, the threesome embark on a diagnostic road trip to the world’s top experts in psychopathy in which Vaknin (and his wife) undergo a battery of rigorous psychological tests and neuro- scientific experiments. He is the world’s first civilian to willingly seek a diagnosis for psychopathy. The former corporate criminal turns out to be a way better psychopath than any of them imagined. By the end, Walker almost calls it quits on his own film rather than spend another day with its main subject.

Ian Walker has a Master of Arts in Film & Television (Documentary) from the Australian Film & Television School. His AFTRS graduation film ‘The Naked Lady Vanishes’ won several local and international awards and was broadcast on ABC-TV in 2000 to considerable controversy and critical acclaim. Before his TV career, Ian worked for many years as a newsreader on the ABC’s youth station Triple J and as a documentary-maker, journalist and producer for various programs on ABC Radio National.