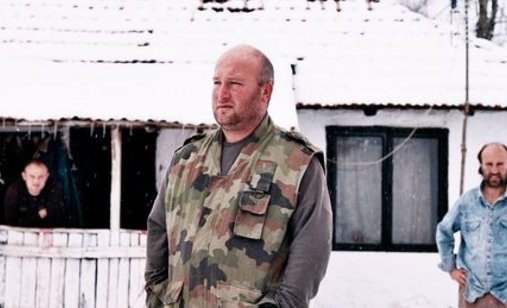 Dragan, Zoran, and Rodoljub Jankovic live in Zabrdje, a womanless village in southern Serbia. They represent nearly half of the village population where only seven inhabitants hold down the fort in what was once a vibrant rural community. If the brothers remain single, the village will disappear. Their plan is to marry women willing to put up with the tough living conditions in Zabrdje, but they have had no luck so far. In nearby Albania, the situation is versed. With all the men leaving to work in Greece, a predominately female population remains, living in surprisingly similar conditions to those of our brothers – no running water, no telephone lines, no shoulder to lean on. For Zoran and Dragan, Albania is the only place to find brides. Rodoljub is totally against the idea. All three fought against Albanians while serving in the Serbian army. Today, they are confronted with an opportunity to extend the olive branch towards the ‘enemy’.

Srdjan Šarenac is an award-winning filmmaker and producer. He co-produced the short fiction I Do Not Dream (2008) by Ivana Lalović, which premiered at the 65th Venice Film Festival. He co-produced and directed the feature-length documentary, Village Without Women (2010), which had its premiere in the official selection at IDFA, screened at 80 other film festivals, winning 14 awards, and was released in 50 countries. The Road Movie (2016), which he co-produced, premiered in competition at IDFA and was screened at 80 film festivals including Hot Docs and True/False, winning three awards. It received a nomination for the Academy Awards in 2019 for Best Feature Documentary and was distributed by Oscilloscope Laboratories in 80 cinemas across USA and Canada. In 2017, Šarenac directed and produced Two Schools, screened at 30 film festivals, including ZagrebDox and Sarajevo Film Festival, and winning three awards.