People from the Milky Way 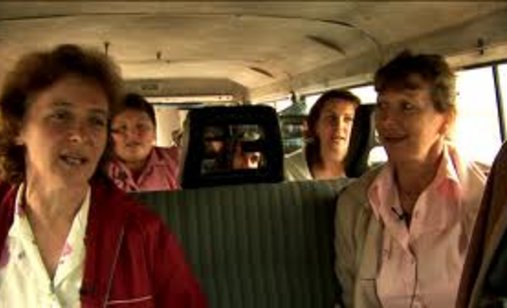 The world we live in is changing dramatically. Being a transition country on the way to the European Union, Croatia is facing dilemmas and hard decisions. Individuals are anxiously trying to read off their destiny and their chances in future. This is a story about arduous everyday life, anxiety, plans and dreams of popular dairywomen from Zagreb’s green markets. The popular cottage cheese with cream they are selling could either become a Croatian brand or could disappear due to new rules and regulations. How does the world politics affect the lives of these people and their families? Do they and their cheese have future? Will their sons, daughters and grandchildren inherit the long- acquired family skills or will they leave their farms and leave the country in search of better jobs?

Miroslav Mikuljan was born in Raščani near Križevci in 1943. He graduated in Film and TV Editing at the Academy of Dramatic Art in Zagreb. As a member of the Zagreb Film Club he acquired the title of a Master of Amateur Film. From 1970 to 1990 he made numerous documentary films and series, several TV dramas (‘Obiteljski album’ ,’Doktorova noć’, ’Smrt godišnjeg doba’), two TV films for children, two short live-action films (‘Ponedjeljak’, ‘Nije daleko’) and two feature narratives (‘Hoću živjeti’, i ‘Crveni i crni’). For his film ‘Hoću živjeti’ in 1982 he received the ‘Studio’ weekly magazine award for best emerging director in Pula that year. The same film earned him the prestigious First Prize at the European Culture Week in Salamanca, Spain, in 1983. In 1995 he became the editor-in-chief of Croatian Television’s documentary programme. In 2002, he returned to directing art and socially involved films, such as ‘Čuvari mrtvih sela’ (2004), ‘Sam’ (2008), ‘Ljudi s mliječnog puta’ (2009) i ‘Blue Beach 2’ (2010). The film ‘Sam’ was awarded for best film below 60 minutes at the 12th OTF CRO 2008 in Split. In 2009 it was screened as an official competition entry at ZagrebDox. ‘Ljudi s mliječnog puta’ was also awarded as best film below 60 minutes at the 13th ITF CRO 2009 in Split, while at the 6th ZagrebDox it won the audience award. At Croatian Film Days in 2010 it won the critics’ award ‘Oktavijan’ for best documentary film.