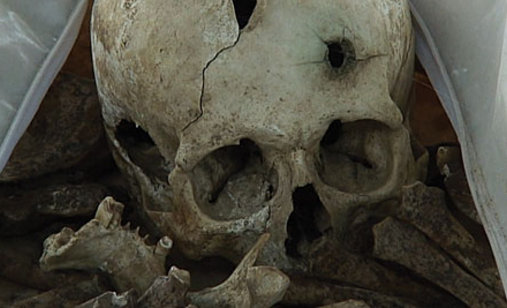 Art has always been a clever way to access the memories and traumas of childhood. This is also true for Vladimir Tomic’s documentary self-portrait. Tomic was born in Yugoslavia right after Tito’s death, but fled during the war to Denmark, and while he was digging up the roots of his childhood, he could watch the images of his Bosnian countrymen in concentration camps on TV. In ‘My Lost Generation’, Tomic tells his own as well as his generation’s story by examining what a war can do to a human being. It’s a frightening project, but it’s only through filming that he can overcome his traumas. Fear, violence, scars and distrust are unavoidable premises for the identity-less director, who with his training background from the Danish Royal Academy of Fine Arts manages to communicate his experiences in a visual, raw and poetic way.

Vladimir Tomić was born in 1980 in Sarajevo, Bosnia and Herzegovina. In 2009 he graduated from the Royal Danish Academy of Fine Arts. He lives and works in Copenhagen. His art films are played out in the field of contemporary art and experimental documentation. Universal and human tension caused by the changing structure of society is often at the center of his work. Filmography: Unfinished Journeys (2012), My Lost Generation (2009), The Valley of Shadows (2006), Echo (2005), The Trilogy (2003/4): Dead Nature and Movements, The Pianist, The Mailman.