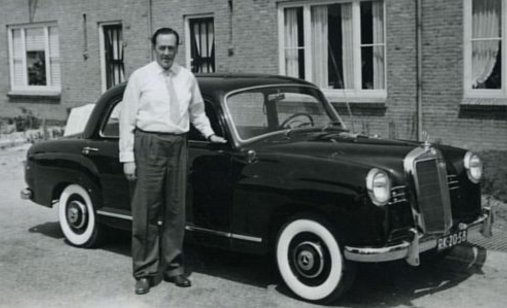 As this film makes clear, its director John Appel has a deeply rooted interest in gambling. His father was an ardent horserace player, which caused problems in the family to say the least. Shortly before he died, Appel’s father wrote him a letter while he was still at school. This letter serves as Appel’s point of departure for an investigation into the causes of his father’s destructive gambling mania, which he blends in the film with the stories of several other men, alter egos of his father. Interestingly, it is almost exclusively men who suffer from this dependence on gambling. Using family photos and films, Appel relates anecdotes to characterize his father and shed light on the events that led to his downfall. In Appel’s psychological portrait of his father, it gradually emerges just what drives the gamblers and why their addiction is so difficult to put a stop to.

John Appel is a film director and producer born in 1958 in Wognum, Netherlands. He graduated from the Dutch Film and Television Academy in 1987. Author of more than 40 films for cinema and television, he is well known for his personal style in documentary filmmaking, coming close to his protagonists, based on what he calls "emotional research." In 1993. he made Johnny Meijer, his first feature documentary. Award winning André Hazes – She Believes in Me (1999) was a big cinema hit in the Netherlands. The Player (2009) was awarded best Dutch documentary at IDFA. Award winning Wrong Time Wrong Place screened at 2013 ZagrebDox, while The Magic of Editing (2015), a film about the artistic and ethical dilemmas in the documentaries editing room, screened at the 2016 festival edition and Appel held a masterclass on the same topic. He has collaborated as a mentor at many international workshops, gives masterclasses all over the world and was a jury member at major festivals.