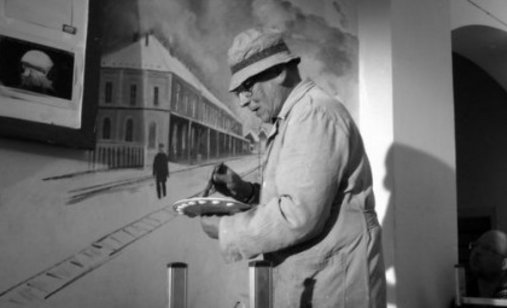 A documentary about time which explores its physical quality as well as its crucial impact on our actions, behavior, perception, social rituals and our outlook on the world. The documentary film will include 5-6 mutually unrelated fragmentary mini stories, or documentary scenes, and the narrative will switch among them using carefully planned associative jumps. All episodes will be ordered in a linear fashion, none of the protagonists or situations will appear more than once. All of the documentary scenes will be included so as to capture the protagonists in an insightful, unrepeatable situation regarding the flow of time and different perception of time. For example, the time of a runner who wants to win a race; the time of a dying woman; the time of a taxi driver waiting in traffic jam. That is, time as a physical quality that has a crucial impact upon our actions, behavior, social rituals and our overall outlook on the world, life, eternity or a single moment.

Karel Žalud was born in 1971. He works as a scriptwriter, editor, director of documentaries, feature films and commercials and as sound designer in Prague. He studied at the Institute of Chemical Technology and from 1994-2002 at the Faculty of Philosophy and Arts, Charles University, Department of Film Theory. From 1997 to 2005 he went to the FAMU – Film and TV School of the Academy of the Music and Performing Arts, Documentary Dept.