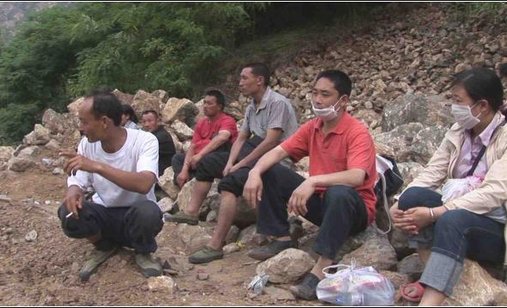 At 14:28 on May 12, 2008, a strong earthquake ruptured a large area around the city of Beichuan, in China’s Sichuan province. With widespread loss of life and massive destruction, the community was completely destroyed. Ten days later, film-maker Du Haibin arrived at the scene to record the aftermath of the catastrophe. His camera tracks the ghoulish carnival of activity that surrounded the disaster site - looters, desperate survivors scrabbling for remains of their former lives, impassive government officials. Returning some months later, Haibin shot footage around the area which provides a contrast to the urgent misery of the immediate aftermath.