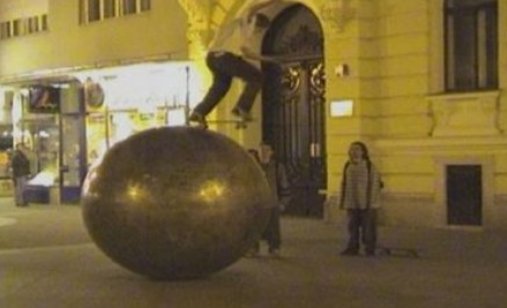 This documentary shows the turbulent life story of Daniel ‘Vajt’ Bele - one of Zagreb’s first skaters. He started skating in the late ‘80’s when that aspect of urban culture was illegal and unknown in Croatia. Vajt himself is an urban legend – one of the best and craziest skaters in these parts and in the same time a man that survived heroin addiction, life in the street and rehabilitation. Now he is skating again; he is also an actor and he even wrote a novel. He lives in Zagreb and works in an IT company.

Nikola Strašek, born in 1978, director and screenwriter, studied comparative literature and Latin at the Faculty of Humanities and Social Sciences at the University of Zagreb, and is currently a graduate student of film and TV directing at the Academy of Dramatic Art. He is the author of the award-winning debut short documentary I Will Kill You! (2007), as well as the short documentary Vajt, screened at the 2009 ZagrebDox festival. In 2010 he directed short A Short Chronology of Decay.