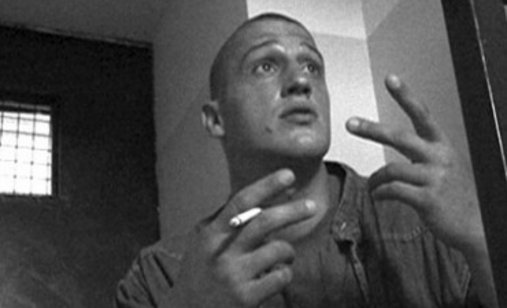 The film was made as a project of the film workshop held in Lepoglava Correctional Facility in 2008. The testimony of an inmate, former drug addict, illustrate the connection between addiction as a life style and crime, resulting in inevitable incarceration. Tinčo, the main (an only) character in the film, desscribes how he entered the world of drugs and, consequently, crime. He openly talks about fellonies he has committed, which put him in Lepoglava for ten years. In 25 minutes of the film, Tinčo tells us about the daily routine in the prison, the position of addicts in the inmate hierarchy, sex life in prison and chances for a change.

Dražen Majić was born in 1965. He lives in Pula and Zagreb. He works an an editor of News Program of Croatian Television. During his journalist career, he worked for many papers and magazines and he made a few TV films. He is a former drug addict who has undergone a rehab and has been ‘clean’ for 13 years now. As a mentor, he volunteers in the Pula-based organization Institut which helps addicts, ex cons and AIDS patients to resocialize. He organizes therapies in Croatian prison system and lectures in Istrian high schools.