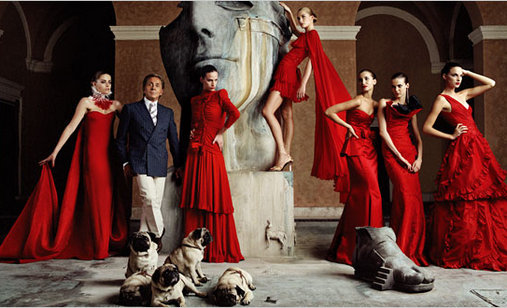 He stands vindicated as one of the great arbiters of twentieth-century design. His forty-five-year career spans the dizzying innovations and financial explosion of post-war global fashion, from his start in the French ateliers where he studied, through the meteoric rise of his line in the sixties, when Italian fashion houses came to dominate the international marketplace, and on to today, as he departs, elegant as ever. This documentary, spanning the period between Valentino’s seventieth birthday and his final couture show, is of course concerned with showing his contributions to his field. But the film actually aims not for the head, but the heart. At the centre is a love story: the fiftyyear relationship between Valentino Clemente Ludovico Garavani and Giancarlo Giammetti, his business partner, lover, best friend and confidante.