Must Read After My Death 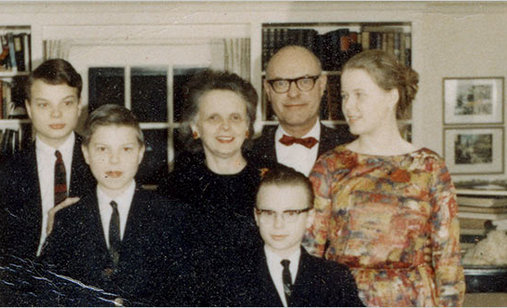 When an unconventional 1960s Connecticut couple turn to psychiatry for help with their troubled marriage, their lives spiral out of control. Allis and Charley submit themselves and their four children to a daily barrage of group and individual therapies. But things get worse. Pills are prescribed, family members are sent away. The family, as instructed by their doctors, record their discussions and fights. Smart, free-thinking Allis begins to question the therapy. Her heart-wrenching audio diaries tell a story of oppression, abuse and institutionalized misogyny. Remarkably, all of these recordings were preserved, hidden away for Allis’s children to discover after her death. The film uses this intimate material combined with home movies and an unusual soundtrack to viscerally reconstruct the family’s struggle and to comment on the mores of American culture in the ‘60s.

Morgan Dews, writer, director, producer, editor and artist divides his time between Barcelona and New York City. ‘Must Read After My Death’ is his first feature length film. His short film, ‘Elke!s Visit’, was an official selection of the 2005 Sundance Film Festival. He was an actor for Isabel Coixet, Julio Medem and Roger Bernat.

Must Read After My Death