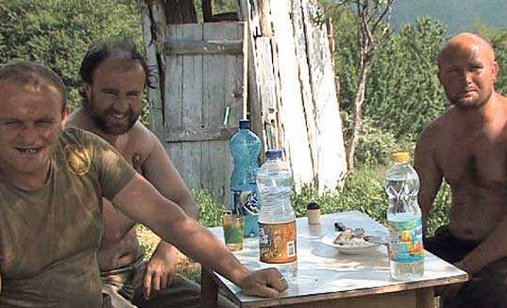 +
Three brothers live in a small village with no women, situated high in the mountains of southern Serbia, close to the border with Kosovo. Their greatest desire is to find brides. They have already tried, unsuccessfully, in nearby Serbian villages, but no local woman is willing to live on the top of a mountain.

Srdjan Šarenac is an award-winning filmmaker and producer. He co-produced the short fiction I Do Not Dream (2008) by Ivana Lalović, which premiered at the 65th Venice Film Festival. He co-produced and directed the feature-length documentary, Village Without Women (2010), which had its premiere in the official selection at IDFA, screened at 80 other film festivals, winning 14 awards, and was released in 50 countries. The Road Movie (2016), which he co-produced, premiered in competition at IDFA and was screened at 80 film festivals including Hot Docs and True/False, winning three awards. It received a nomination for the Academy Awards in 2019 for Best Feature Documentary and was distributed by Oscilloscope Laboratories in 80 cinemas across USA and Canada. In 2017, Šarenac directed and produced Two Schools, screened at 30 film festivals, including ZagrebDox and Sarajevo Film Festival, and winning three awards.