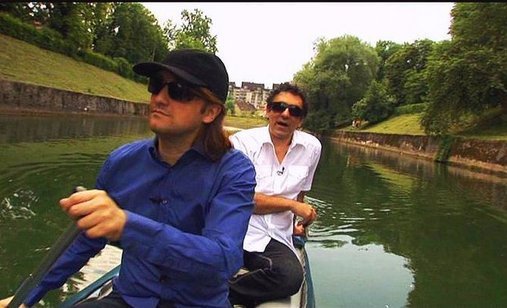 +
The film portrays the rich and dynamic career of the Sarajevo-based band Plavi orkestar (Blue Orchestra). The band frontman Saša and his Blues encounter many famed and well-known personalities, pivotal for the space and time in which the band developed, fell and rose again.

Pjer Žalica graduated from the Academy of Performing Arts in Sarajevo, where he is now a lecturer. The winner of numerous  recognitions at international festivals, together with Ademir Kenović he co-wrote the first post-war film, The Perfect Circle (1997). He directed the short fiction film The End of Unpleasant Times (1998), screened at numerous international festivals, feature-length fictions Days and Hours (2004) and Gori vatra (2003), as well as documentary films Mostar Sevdah Reunion (2000), Children Like Any Other (1995), MGM-Sarajevo (1994), Godot Sarajevo (1993), School of Military Skills (1993) and Boat (1992).