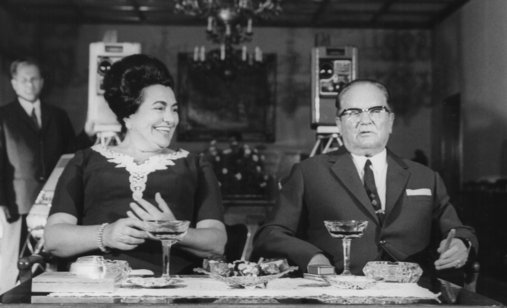 +
"Cinema Komunisto" takes us on a journey across the remnants of Tito’s film industry, exploring the rise and fall of Yugoslav cinematic illusion.

Mila Turajlić was born in 1979 in Belgrade, Serbia. She studied Politics and International Relations and Media and Communications at the London School of Economics, and Film and TV Production at the national lm school in Belgrade. She has directed short flms La vie des morts (2003), Neotihuacan (2006), Fara Nume (2009), and Passages (16), and the feature documentary Cinema Komunisto (2010) that won her 16 awards. The Other Side of Everything (2017) is her latest documentary.